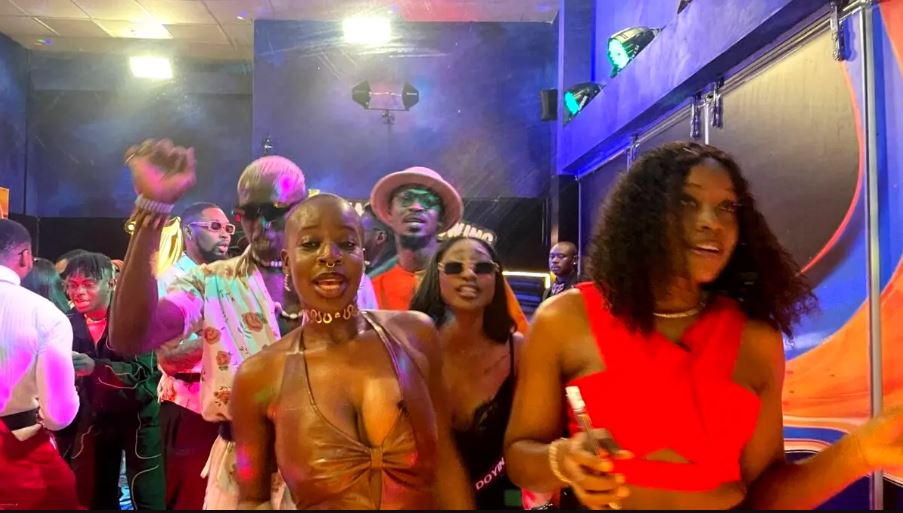 The Big Brother Naija Season 7, ‘Level Up’ apparently came with many exciting highlights.

The show may have just recently ended, but followers of the show would agree that the last Big Brother Naija edition was one filled with a lot of highlights.

On Sunday, October 2, the show came to an end and for the second time in the history of the reality show, a female housemate, Phyna, won the grand prize. In this creative piece, we take a look at some of the positives and negatives of the Big Brother Naija season 7, ‘Level Up’. To be fair and honest, there were more positives than negatives to take out from the BBNAIJA season 7 reality show.

New concepts: The Big Brother Naija season 7, right from the first day of the show, wasted no time in catching viewers’ attention, as for the first time in the show, an edition was going to begin with housemates who will belong to more than one house. At the launch of this year’s show, Biggie, in a surprise twist, divided the housemates into two different houses namely, level 1 and level 2.

The creation of the two levels caused fierce competition, as viewers also struggled not to miss any action on both levels simultaneously. The organizers on their part gave viewers two channels on DSTV and Gotv to enjoy the show.

The level 2 housemates were nicknamed, ‘the trenches house with more talents while the Level 1 housemates walked with an air of superiority as they occupied a beautiful house and dominated the much-coveted head of house, HOH game.

Unfortunately for level 2 housemates, Level 1 housemates dominated the race for the (HoH) position and were not nominated or evicted from the show until both levels were merged.

Female housemates taking over: For the second time since the show restarted in 2017, a female housemate wins the grand prize. The show was gradually becoming a guys’ thing, but in 2019, Mercy Eke broke the dominance and in the last edition, Pyhna, whose real name is Ijeoma Josephine Otabor, further stressed how prepared women are to win the show.

High voting records maintained: Since the show got reintroduced in 2017, the voting records of each edition, has always surpassed the previous records and the last edition was noi difference.

The Double House: It was a concept introduced to inject new vigour into the show. It was a strong point that made Season 7 unique yet it didn’t come without some downsides. Many followers expressed frustrations of catching up with happenings in the two separate houses. Although it turned out to be a win-win for the show given the statistics at the end of the show. It was, however, a putoff for some.

High level display of indiscipline on display: The BBNaija season 7 created the record of being the first edition that would see a housemate getting disqualified even before an eviction. In the early days of the show, many followers of the show were perplexed at the visible level of indiscipline in the house.

At least 10 of the housemates were punished for microphone infringements, and gossip, amongst other things in just two weeks.

Still more nudity on display: Big Brother Naija is a show strictly for adults. The organizers have always stressed this, but the last edition had more sex than previous editions. From the first week of the show, housemates had already started forming ships (relationships) that were sensual. One week into the show at least two sensual and sexual relationships had been formed in the two different levels of the house – Sheggs and Bella in level one, Beauty and Groovy in level two as well as Khalid and Daniella in level two.

Low quality of Housemates: Some viewers aired their opinions on social media about the housemates not being up to par with previous housemates, in terms of glamour and looks.