Matindo claimed that he was angered by the deceased who wanted to fire him yet he had not paid all of his dues. 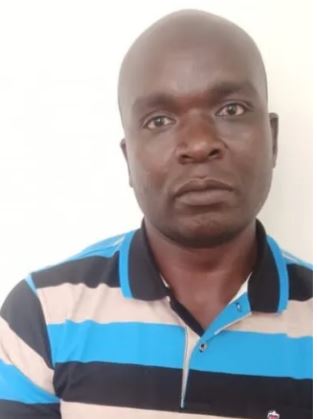 The police in Nairobi’s Central Business District (CBD) have arrested a man for allegedly killing his boss in Kibiko Ngong, Kenya on September 19, 2022.

Detectives now say preliminary investigations placed Matindo at the murder scene amid his confession of committing the heinous act.

“Fortunately we have managed to nab the murder suspect while on his errands in Nairobi CBD. We were able to trace him because he put his sim card on the deceased’s phone after throwing away her sim card at the crime scene,” Cheruyiot said.

Cheruyiot further noted that Matindo has claimed that he was angered by the deceased who wanted to fire him yet he had not paid all of his dues.

However, the deceased’s husband Ken Kariuki told K24 Digital that there were no outstanding dues owed to Matindo.

Kariuki says he is not aware of any quarrels between the gardener who had worked for them for two years and his late wife.

“It was the most disheartening moment for me to learn about my wife’s cold-blood murder. I can describe him as a reserved person that I least ever thought he can turn heinous,” Kariuki said.

According to the postmortem results, the woman died from strangulation.

The couple, who live in Milimani Nairobi, own a property at Ngong where there was an ongoing construction and farm. Matindo was entrusted as the gardener and more often the couple would visit to monitor the progress of their project and farm.

Kariuki recalls having received a text message from his wife on the fateful day at 3:53 pm telling him that she was ‘dying’, prompting him to call a neighbour near his property to check on the wife’s whereabouts.

He immediately called his wife’s phone which went off. And when he called Matindo, he told him that his wife had not gone to the property.

Kariuki says he sensed danger as Matindo’s was tensed when he was talking to him.

The neighbour who responded to Kariuki’s appeal for help confirmed that his wife’s vehicle was parked at the farm shortly before neighbours discovered her body in the incomplete building.

The suspect is being held at Ngong police station awaiting to be arraigned in court.