Onofiok stressed that the vessel would have been a major piece of evidence in the prosecution of the culprits. 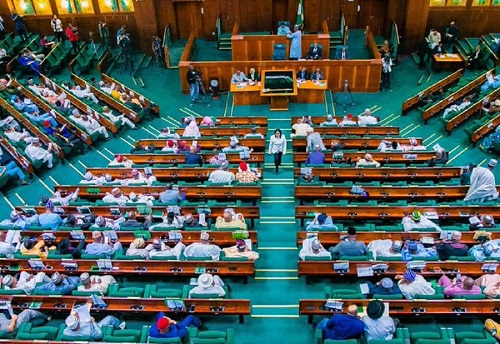 The House of Representatives has resolved to investigate the burning of an illegal oil vessel seized by the Nigerian Navy.
The House said it wants to uncover the circumstances and reason for the destruction of the illegal oil bunkering vessel instead of preserving it for evidentiary use in court must be investigated.
This resolution was sequel to a motion of urgent public importance moved by Luke Onofiok on Wednesday.
Moving the motion, Onofiok said the oil theft has affected both the economy and the environment in the past couple of months.
He noted that oil theft has caused the “country to lose 470, 000 barrels per day amounting to 700 million dollars monthly, according to the Nigerian National Petroleum Company Limited.”
Onofiok also commended the responsiveness of the private security firm (Tantita Security Services) in curbing oil theft which led to apprehending an illegal oil bunkering vessel and handing same to the security agency.
He, however, expressed concern over the burning of the vessel by the security agencies.
Onofiok stressed that the vessel would have been a major piece of evidence in the prosecution of the culprits.
Reacting to the motion, the Deputy Speaker, Idris Wase said the House is committed to solving the oil theft menace by all means necessary. He stated that the legislative arms is backing the executive.
The motion was taken without debate.
Top Stories