The commissioner also ordered his men to find out from the people around the area why the man was kept in a room for so long. 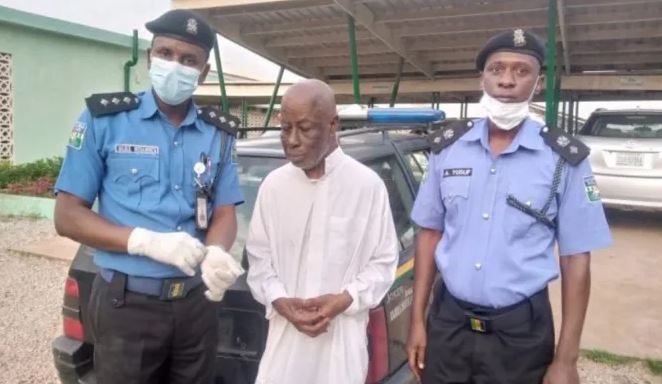 Five persons have been invited by the Kaduna state police for questioning after a 67-year-old man who was locked up in a room for 20 years was rescued.

The man, Ibrahim Ado, was allegedly locked up in a room in Bayajidda/Ibrahim Taiwo road in Kaduna North Local Government Area. He was rescued on Wednesday.

Spokesman of Kaduna Police Command Mohammed Jalige told reporters that the incident was reported to the police and community health workers who were on duty on Wednesday afternoon at Bayajidda by Ibrahim Taiwo road.

According to him, upon receipt of the information, the commissioner of police, Kaduna Command ordered that the divisional police officer in charge of the area should lead operatives to the scene and bring out the man.

He said the commissioner also ordered that they should find out from the people around the area why the man was kept in a room for so long.

He said that he had been locked up in the room for almost 20 years, where he ate and urinated without proper care.

“When we went to the scene, we found the man n#ked, we gave him clothes to wear and brought him out and took him to hospital for medical evaluation,” he said.

Jalige further said that the Kaduna comissioner of police, Yekini Ayoku, also ordered for a full scale investigation to be carried out to unravel the true position and cause of the inhuman treatment to the elderly man.

He noted that investigations had commenced by the DPO Magajin Gari Police Division.

“We were made to understand that the man had children and a wife who were nowhere to be found, the people we met in the compound and the neighboring houses, we believe will assist us in getting the true position of the whole scenario.

“We will work together with the medical doctors to obtain their report on the man’s health status, what matters now is to get the man alive and make him comfortable, and we have succeeded in doing that,”Jalige said.