The suspect was arrested following an alarm raised by some members of the community who suspected his movement. 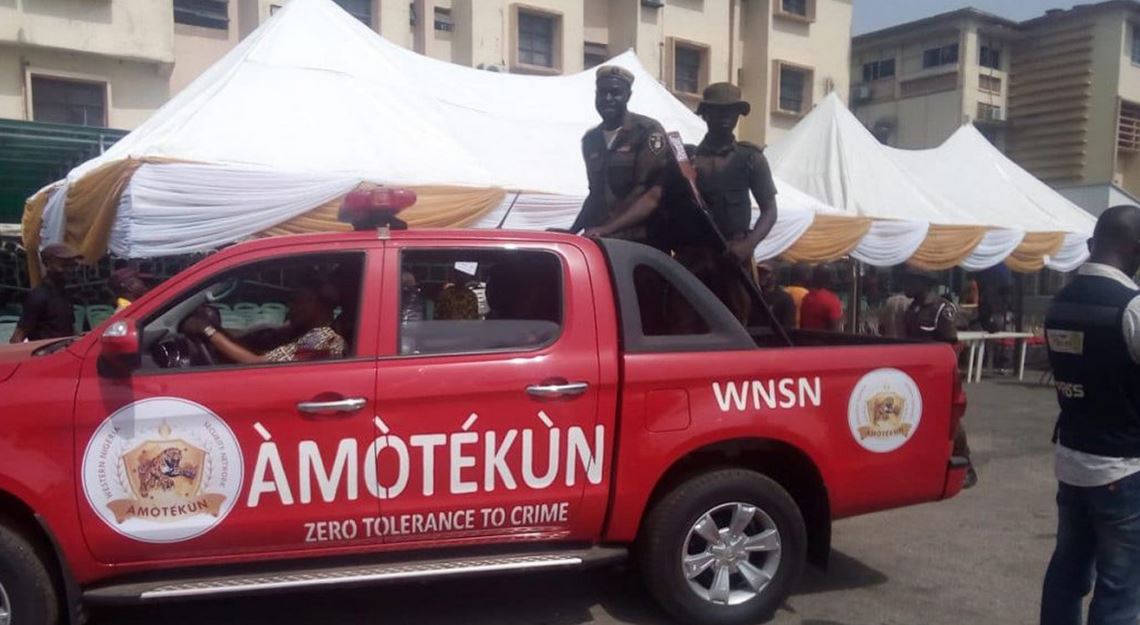 The Ogun State Security Network, Amotekun have arrested a 30-year-old man, Felix Ikpeha for being in possession of three bloodstained wet female underwear.

Ikpeha, an indigene of Warri in Delta state was arrested in Imo-Ayo community, Ajibawo Atan Ota in the Ado-Odo/Ota local Government Area of the state.

The state Commander of the corps, David Akinremi, disclosed this in a statement on Thursday in Abeokuta.

Akinremi said the suspect was arrested following an alarm raised by some members of the community who suspected his movement.

He said “When the suspect was searched, three bloodstained wet female p*nts were found in his possession for which he could not give any satisfactory explanation.

“He, (suspect) however claimed to have removed them from dustbins, but insisted he does not know the exact location where he picked them from.”

The corps commander explained that Ikpeha was suspected to be working for a syndicate involved in money and other rituals.