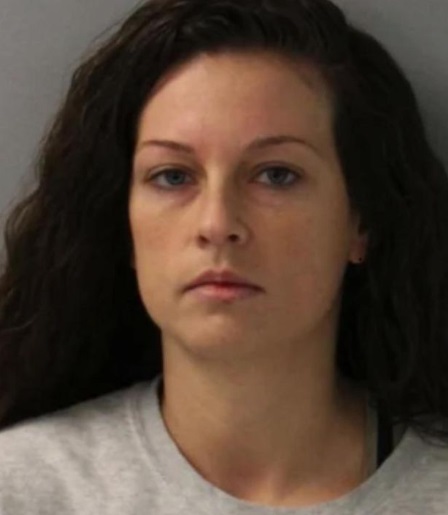 A female PE teacher has found herself in trouble for sleeping with an underage student.
The teacher identified as Ashley Rison, 31 faces jail after allegedly having s3x with a student, 17, in the back of a car eight times.
She pleaded guilty to charges of s3xual battery and gross s3xual imposition on Wednesday, October 12.
She was also charged with tampering with evidence and furnishing alcohol to an underage person, but these counts have been dropped.
Rison quit her job as a softball coach at New Miami school, Ohio, on May 3 last year, the same day that the alleged crimes were reported to the Butler County Sheriff’s Office.
The indictment states that she engaged in s3xual contact with the student eight times in April 2021.
"In addition to what the child tells us, we do have recordings between Ms. Rison and the child of where Ms. Rison makes multiple incriminating statements in asking, begging the child not to report her to the authorities," Assistant Prosecutor Lindsay Sheehan said in previous court hearings.
The New Miami Board of Education told FOX19 that Rison started working for the school district in August 2015 and coached girls softball and basketball.
Rison is reportedly free on bond, but wearing a GPS monitor, after posting 10% of her $10,000 bail.
She could spend five years in prison and may have to register as a s3x offender.
She will be back in court on November 16 for sentencing.
Top Stories