The ravaging flood which has cut off parts of the East-West Road has continued to wreak havoc in communities along the bank of the River Niger. 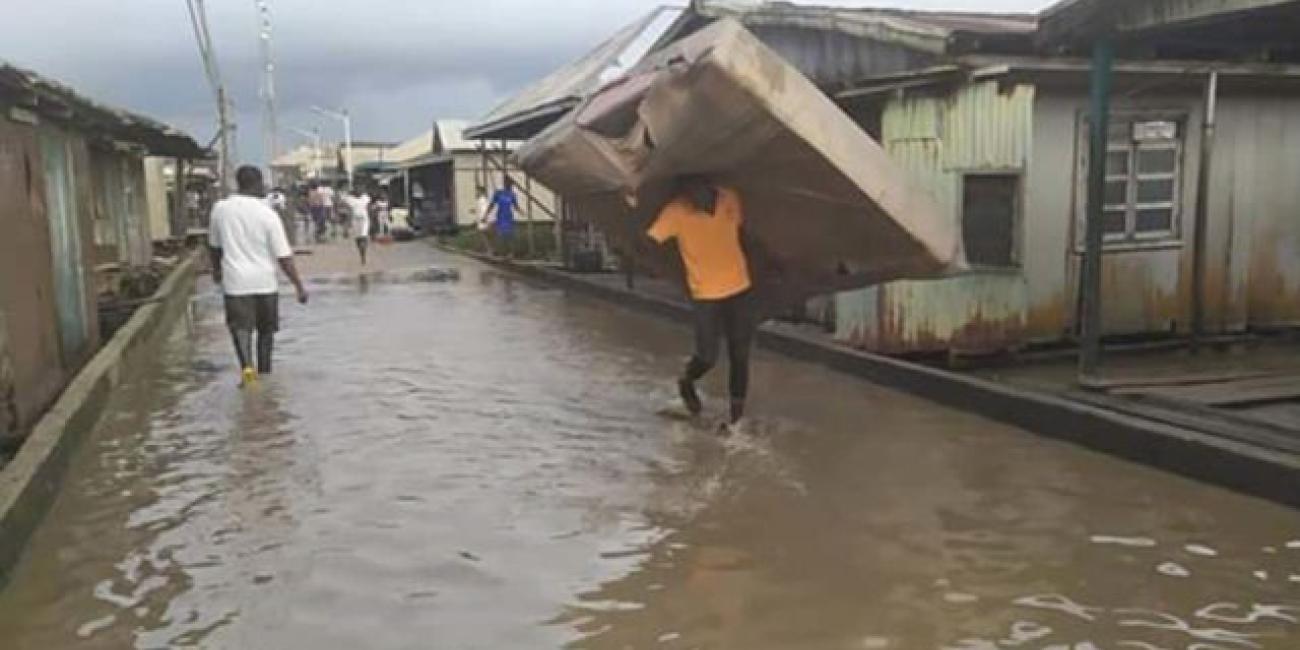 In what will come across as a really tragic development, devastating floods have continued to ravage Niger Delta communities.

In fact, the floods have now swept pythons and other reptiles into the areas – a development which has heightened panic among residents.

Residents now scamper for safety for fear of being killed, Vanguard was told.

The ravaging flood which has cut off parts of the East-West Road has continued to wreak havoc in communities along the bank of the River Niger.

The flood had swept away at least eight residents as well as destroyed crops and houses worth millions of naira in the state.

Meanwhile, some travellers on the East-West Road have been stranded as others resort to use of canoes to cross over to the other side to board vehicles to continue their journeys.

The Director General of the State Bureau of Orientation, Mr Eugene Uzum, who disclosed this while giving an update of the flood situation in Asaba, yesterday, lamented that trucks laden with relief materials meant for victims in ravaged communities have been trapped by the ravaging flood.

Uzum who confirmed the killing of a big python at Patani, urged those living in the flooded areas to relocate. He decried that the victims also had dangerous sea animals that were released as a result of the overflow of the river to contend with aside the flood.

While lamenting that the flood has overwhelmed one part of the Ughelli-Patani axis of the East-West Road, he said, “Trucks conveying relief materials to that axis have been trapped. We now make use of speed boats to access the IDP camps to deliver materials to the victims.”

He said 4,755 persons including men, women, children, lactating mothers, pregnant women and persons with disabilities, had so far been registered at the camps across the state, lamenting that 19 out of the 25 local government areas were affected by the flood.

Uzum said: “We want to empathise with the victims of the flood. We specifically commend their strength and also in adhering to government’s earlier warning to relocate from flood-prone areas.

“As at today, the Delta State Oil Producing Areas Development Commission (DESOPADEC) has intervened by opening two camps. The interventionist agency has also been opening up canals for water to flow freely.

“The state government through the 2022 flood management committee, has also opened ten functional IDP camps at various locations to provide temporal accommodation for displaced residents with the prospects of opening more.

“The committee also created distribution centres from where relief materials would be taken to IDP camps. We are collaborating with traditional rulers, and community leaders to rescue people and provide the needed succour.”