The win earned the Flamingoes a place in the quarter-finals on Friday, with either USA or Brazil as opponents. 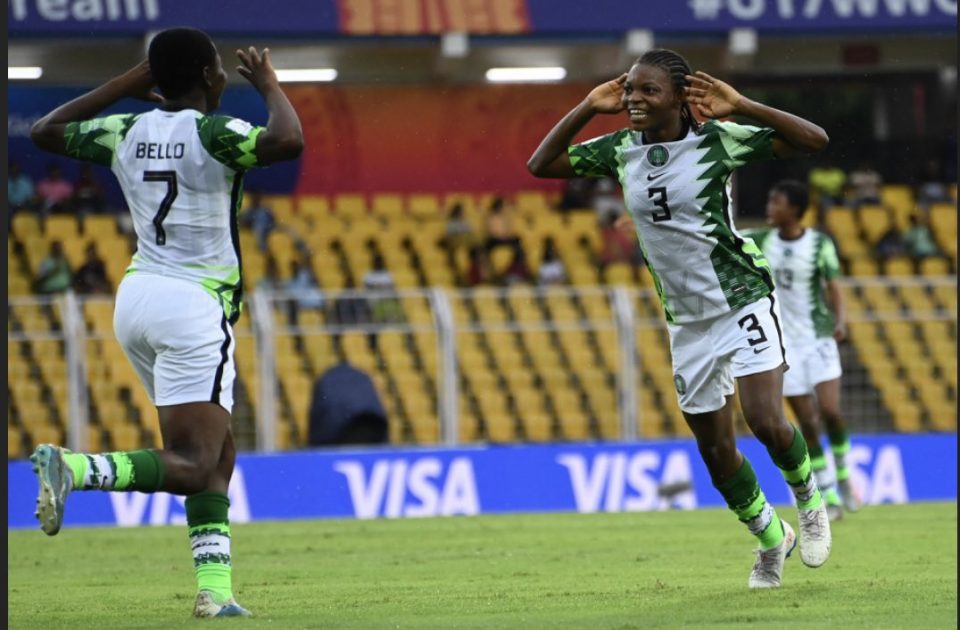 Nigeria has advanced to the Quarter finals of the ongoing FIFA U-17 Women’s World Cup finals in India.
This comes after the Flamingos beat Chile 2-1 in Bhubaneswar.
Blessing Emmanuel’s goal in the 4th minute of the game and Bisola Mosaku’s strike off a free-kick from Miracle Usani with eight minutes left was enough to see Nigeria through at the Kalinga Stadium, despite a late penalty converted by Roverner Tali.
The win earned the Flamingoes a place in the quarter-finals on Friday, with either USA or Brazil as opponents.
As was the case against New Zealand on Friday, the Flamingos created a slew of opportunities that were not converted, but head coach Bankole Olowookere assured the team will get even better as the tournament progresses.
“We missed a number of chances again, but I like the spirit of the team and we will get better as we go on in the competition. I am happy we made it into the last eight, and that we sustained our winning mentality despite the fact that we only needed a draw to sail through.”
Germany’s 3-1 win over New Zealand in the other match of Group B meant the Germans finished with the maximum nine points in the group phase, having scored a total of 11 goals and conceding only two.
Nigeria finished with six points and a plus-six goals advantage after scoring seven goals and conceding only two.
Top Stories