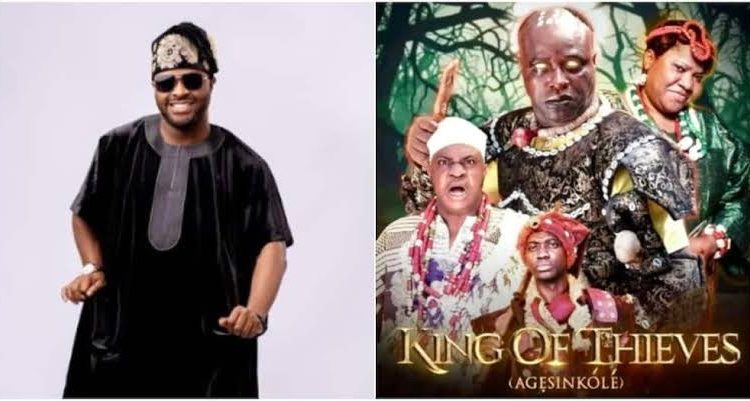 Nigerians have hailed actor Femi Adebayo after his film, King of Thieves was included in the Oscars list for next year's award.
The movie is one of the few Nigerian films to make the list.
The actor took to his Instagram page to share interesting insights after his wave-making movie made it to the Oscars selection committee level.
He noted that the country has been compelled to present a movie by October 21, and interestingly, his King of Thieves is among the three submitted works.
The 43-year-old also noted that the win will open Nigeria to the global market and stressed the need to keep telling true African stories.
“Among all movies submitted to the Nigerian Oscars selection committee, 3 movies topped with #KingofThieves being 1 of them
“Interestingly, all 3 are indigenous Epic movies. This is great proof that telling our true African story will open us to the global market.
“Now, the Nigerian Oscars selection committee have been compelled to present a movie latest oct 21” he wrote.
Fans and celebrity colleagues have reacted differently to Femi Adebayo’s post about his Oscars selection, most of them commended him.
Opeyemi_aiyeola1 said: “Seen the film, and infact it blew me away no . Congrats.”
Cinemapointer: tweeted “Hopeful and Praying with you.”
Doreen_perky said: “This movie!!!a classic..I’ll watch it over and over again when it’s out on Netflix ..and I pray it gets the recognition it deserves and that you make alot of millions from this movie..”
Teey_hapy_entertainment wrote: “I have no doubt…the film is Oscar gold.”
Top Stories