The political thugs said they wouldn’t stop the work or leave the place because it was given to them by a highly placed politician. 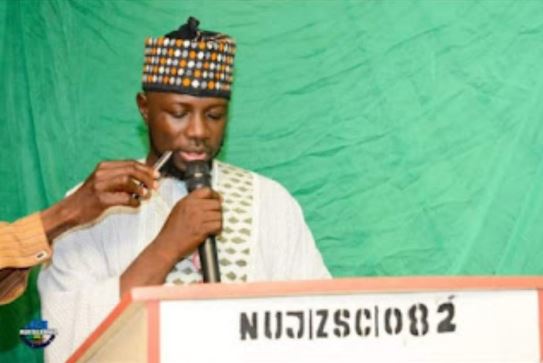 The chairman of the Zamfara State council of the Nigeria Union of Journalists (NUJ), has been beaten up by thugs.

Some armed political thugs on Thursday reportedly beat him up with tree branches and threatened to deal with journalists in the state.

The thugs went haywire after the chairman of the council, Comrade Ibrahim Musa Maizare, asked some workers at the NUJ Shops Complex at the union’s secretariat to stop work as they were converting a shop to a campaign office.

The political thugs said they wouldn’t stop the work or leave the place because it was given to them by a highly placed politician.

The shop at the NUJ complex was initially hired as a restaurant, but after the tenant winded up the business and left, it was converted into a campaign office by the thugs.

The rival thugs burned the said shop in 2021, and the NUJ asked them to vacate the office for fear of putting the whole NUJ Complex and other shops attached to it at risk.

Even after a team of policemen arrived at the secretariat, the thugs continued to haul insults at the officials and other members of the union.

Addressing newsmen shortly after the incident, the Secretary of the Union, Ibrahim Ahmad Gada, asked the security agencies to protect the lives and property of journalists, adding that the lives of working journalists in the state are at risk.

“If an armed thug can threaten to kill a working journalist what do you expect? The safety of all working journalists must be guaranteed. We are calling all the stakeholders to intervene. How can a thug dictate the way we can use our property in the state?” Gada asked.