The Independent National Electoral Commission (INEC) announced the reward via its Twitter handle on Thursday. 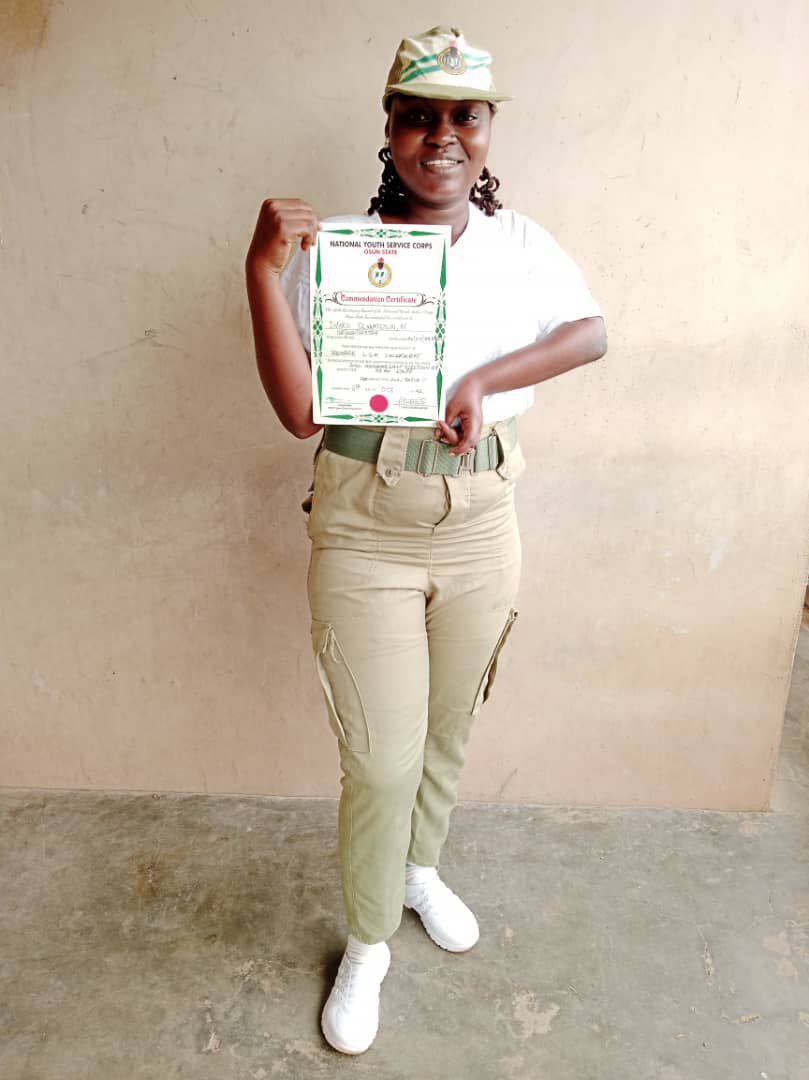 A physically challenged corps member has been awarded by the National Youth Service Corps (NYSC).

The physically challenged corper was among 10 other individuals who served in the earlier concluded governorship election in Osun state.

The Independent National Electoral Commission (INEC) announced the reward via its Twitter handle on Thursday.

INEC often hires corps members to work as ad-hoc officers during the governorship and presidential elections.

In a statement, the commission said a female corps member identified as Oluwatosin Dairo was among those recognised for their “meritorious service”.

It said Dairo served in the Irewole LGA despite living with a disability.

“Ms. Oluwatosin Dairo… has been given a Commendation Letter by the NYSC, Osun State office for meritorious service,” INEC wrote in part.

“All the 10 Corps Members including Tosin, who served in various capacities during the election, received the same award for their outstanding performance.”

Ms Oluwatosin Dairo, a National Youth Service Corps member Living with Disability, who served as an ad-hoc staff at Irewole Local Government Area during the recent Osun State Governorship election, has been given a Commendation Letter by the NYSC, Osun State office for pic.twitter.com/QuBX2RMX3z

In the election, Ademola Adeleke, the Peoples Democratic Party (PDP) candidate, who doubles as an uncle to the singer Davido, was declared the winner of the keenly-contested election.

Adeleke secured 403,371 votes to defeat Gboyega Oyetola of the All Progressive Congress (APC), who got 375,027 votes.