The 37-year-old was an unused substitute as United secured a deserved 2-0 victory against Tottenham Hotspur at Old Trafford on Wednesday night. 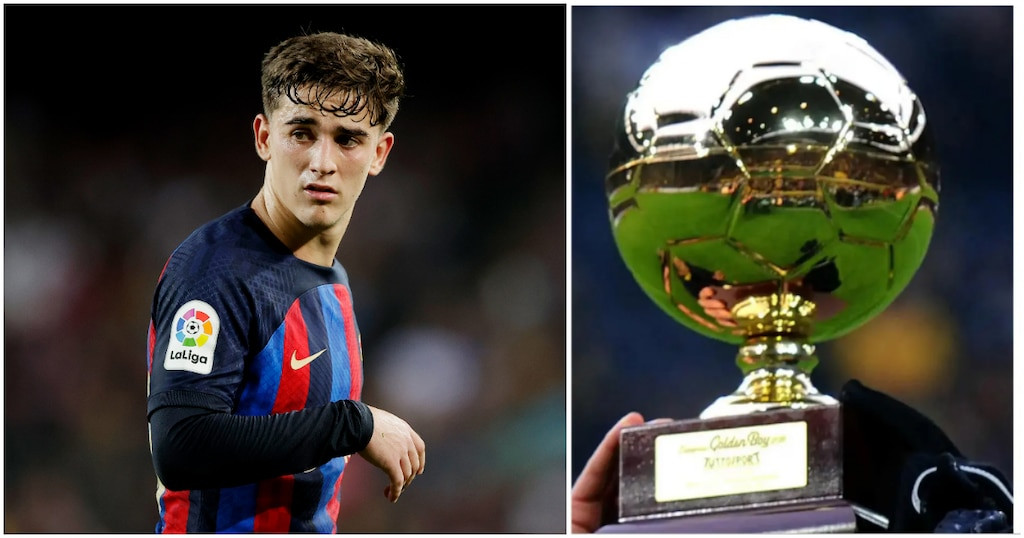 Gavi of Barcelona has won the prestigious Golden Boy award in 2022.
The 18-year-old Spain international midfielder's outstanding year for the Nou Camp club was recognised as he became the 20th winner of the accolade for Europe's finest under-21 footballers.
He finished ahead of England's Jude Bellingham, Eduardo Camavinga, and Jamal Musiala to claim the prize, which will formally be presented in Turin on November 7.
Gavi now follows in the footsteps of previous Barcelona winners Lionel Messi (2005) and Pedri last year, as well as the likes of Erling Haaland, Kylian Mbappe, Joao Felix, Wayne Rooney, and Cesc Fabregas.
The midfielder, who is a  product of Barcelona's famous La Masia academy, was promoted from Barcelona's 'B' team to the senior side at the beginning of the 2021-22 season.
Last week, Gavi also won France Football's Kopa Trophy for the best-performing player under 21.
The Golden Boy awards are organised by the Italian sports newspaper Tuttosport, who assemble an international jury of journalists and experts to decide the winner. Gavi beat Bellingham, Camavinga, Gavi, and Musiala to scoop the award.
Top Stories