Ooni of Ife To Marry Sixth Wife On Monday 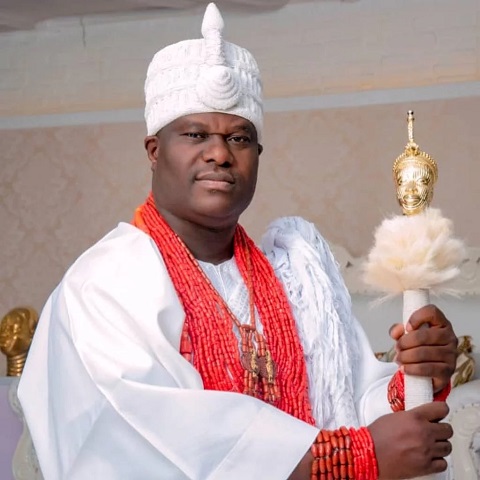 Traditional ruler of Yoruba Kingdom Ile-Ife, Oba Adeyeye Enitan Ogunwusi, the Ooni of Ife is set to marry a sixth wife, Princess Temitope Adesegun on Monday.
This comes barely one week after the king tied the knot with his fifth wife.
Palace spokesperson, Moses Olafare, announced this in a Facebook post on Sunday.
The Ijebu princess, who was the former Personal Assistant to the late Secretary to the Lagos State Government during the Babatunde Fashola administration, is also a director of Hope Alive Initiative Poverty Alleviation Advocacy that is powered by the House of Odua inspired by the Ooni.
The monarch had, on 20th October, tied the knot with his fifth wife, Princess Ronke Ademiluyi, days after marrying his fourth, Princess Ashley Adegoke.
Top Stories