Hundeyin said the command was waiting for the victims’ complaints as the statements would assist in the ongoing investigation. 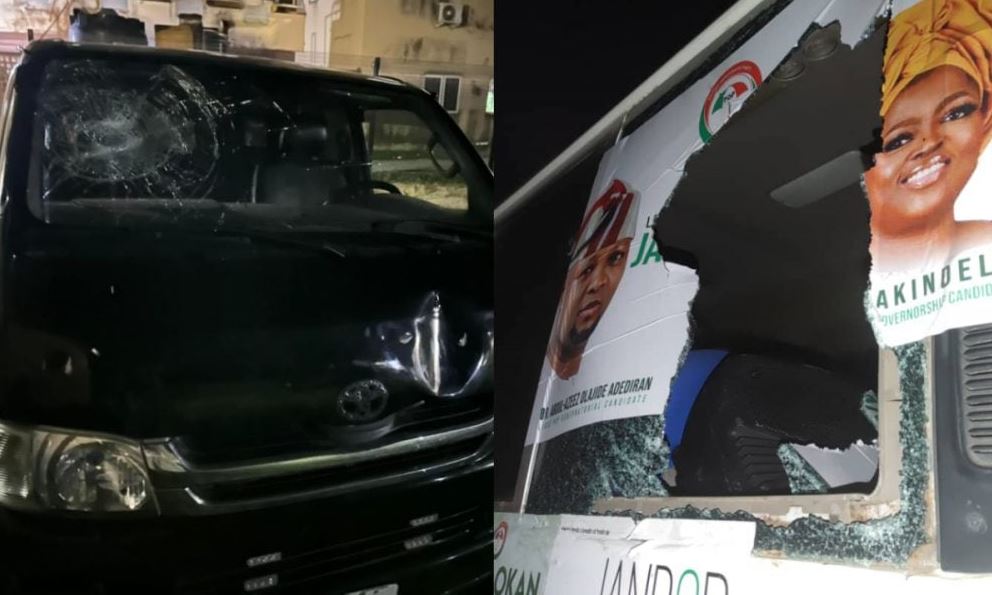 The Lagos State Police Command has commenced a thorough investigation into the attack on the Peoples Democratic Party (PDP) campaign train by suspected political thugs.

The spokesperson confirmed that the party notified the DPO in Badagry of the locations of its visits and security was provided.

“However, the campaign train made an unscheduled visit to a totally different and undisclosed location on their way back without commensurate notification to the police,” he said.

Hundeyin said the command was waiting for the victims’ complaints as the statements would assist in the ongoing investigation.

“The assurance is hereby given that no stone will be left unturned to arrest and prosecute the attackers”, the PRO added.

They were returning from a journey to the Ikoga Junction area of Badagry Local Government.

The PDP declared that the culprits were loyalists of the ruling All Progressives Congress (APC).

The spokesperson said that thugs were shouting APC while shooting guns and using dangerous weapons.

“Our party raised concern over the threat to use APC sponsored thugs to attack the campaign programmes of our gubernatorial candidate”, Amode noted.

Jandor hails from the Badagry division of Lagos. The flagbearer and his running mate, Funke Akindele visited Islamic and Church leaders hours before the attack.