2023: Pastor Kumuyi Advises Nigerians On What To Do Before Voting


Kumuyi gave the advice while speaking to newsmen in Khana Local Government Area of Rivers State, ahead of the Deeper Life Bible Church week long crusade in the area. 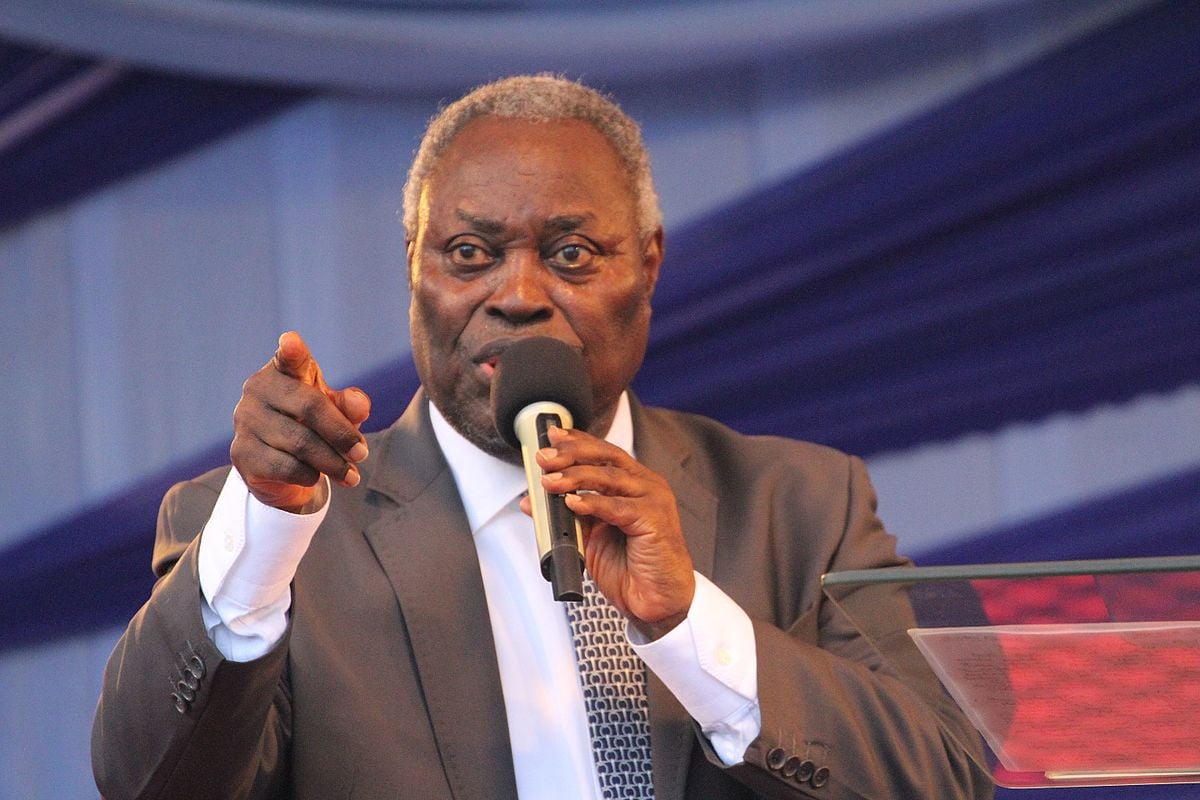 The Founder and General Superintendent of the Deeper Christian Life Ministry, Pastor William Kumuyi, has advised the electorates across the country to consider their future and vote for credible candidates in the 2023 elections.

Kumuyi gave the advice while speaking to newsmen in  Khana Local Government Area of Rivers State, ahead of the Deeper Life Bible Church week long crusade in the area.

The cleric called on those in the corridors of power to be fair to the electorates and abide by the tenets of democracy in order to be at peace with themselves and the people.

Kumuyi said, “Our future is in our hands, that is why we have democracy and that is why we were given a choice to know our candidates, both at the local government and state levels as well as the federation level.

“And since we want the best and we have been dreaming and expecting that we have the very best for our country, it’s to our advantage if we talk to ourselves and be at peace, so that we can have a peaceful and fair election.”

The respected cleric emphasised the need for a peaceful atmosphere that will give the electorates the chance to freely choose those they want to lead them, even as he stressed the need for the country to remain united.

“We need to give everyone the chance to voluntarily elect the person he believes will do the best for our community and for our country. So, I will say that we should keep the unity and the peace of the country and endeavour to have the election in a peaceful atmosphere.

“We should pray to God to give us the best that will lead our country out of whatever challenges we have, to move further into great blessings for our country.”

He explained that the global crusade was put together to pray for the peace of the country.

On the issue of flooding ravaging several communities and displaced thousands in different parts of the country, Kumuyi described it as a serious problem and sympathised with those affected persons.

“It is a very serious problem and we identify and sympathize with all the people who have been affected by the flood.

“But Mr. President has given orders to all the various authorities in charge of handling the flood crises within the next 90 days to proffer solution and I pray that God will give all those in charge technically, politically to have the wisdom and the knowhow to prevent such things from happening again in the future.

“What has happened has happened already and then the Federal Government and all well-meaning people should rise up to see how they can help those who have been devastated by the flood,

Speaking to newsmen, the member representing Khana/Gokana Federal Constituency in the House of Representatives, Hon. Dumnamene Dekor, expressed happiness that the crusade would impact positively on Ogoni land which has been bedeviled by cult activities.

Dekor said, “I feel fulfilled and I am happy to receive him in Ogoni land particularly because this land has been in crises, a lot of killings has been carried out here over the years due to cult activities.

“The present local government chairman by the grace of God has taken a very bold step, I believe the visit of our father in the Lord today is to confirm that peace has come to Ogoni land.”