The defendant, identified as Karim Elkorany, assaulted the women for over two decades during humanitarian missions in the Middle East and in the United States. 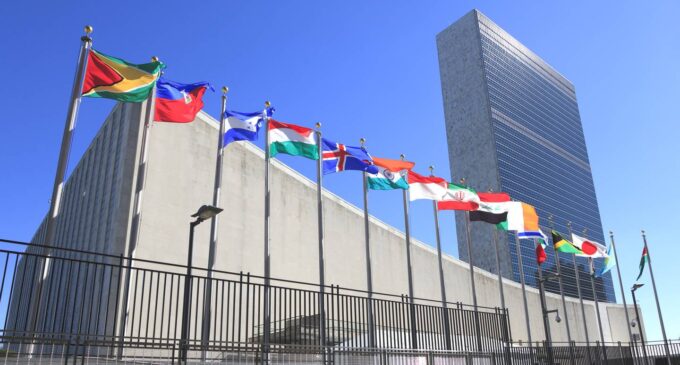 TheCable reports that a former United Nations (UN) employee has been jailed.

The man was sentenced to 15 years in prison for r*ping at least 20 women.

Naomi Buchwald, a Manhattan federal judge, passed his sentence on Thursday, saying the defendant had given his victims drugs to cloud their memories of the assaults.

The defendant, identified as Karim Elkorany, assaulted the women for over two decades during humanitarian missions in the Middle East and in the United States.

Nine victims, identified by numbers, spoke in court or over a special telephone line that could be heard in court.

Some of his victims include journalists, Fulbright scholars, and UN employees.

Victim 1 told the judge she was a journalist working in Iraq in November 2016 when Elkorany added drugs to the alcoholic beverage she ordered at a restaurant.

She recalled feeling incapacitated on the car ride to his apartment, where she regained consciousness to find Elkorany r*ping her.

The 31-year-old described her memories of that night as “snapshots suspended in darkness”, saying the trauma that followed plagued her like cancer.

“Elkorany parks the vehicle in the garage of an apartment building, a place I never agreed to visit,” she said.

“The next memories I had was of being sexually assaulted. In the most excruciating one, I am being r*ped. I feel pain. I want to say no, but I can’t speak. I can’t move. I’m unable to escape.

“For six years, I went through hell from what you did to me.”

Victim 2 said Elkorany posed as a feminist who cared about issues facing women as he preyed upon friends and acquaintances.

“All his talk about kindness and decency and caring for others was a sham,” she said.

Prosecutors said Victim 2 met Elkorany when she worked for the UN and was drugged and sexually assaulted on multiple occasions between 2014 and 2019.

“This is not a ‘he said, she said’ case,” Buchwald said as she read some of the written statements submitted by victims.

“The drugging of victims was totally reckless. Mr. Elkorany made no effort to learn whether the drugs he used on his victims would cause permanent harm.

“I doubt that he did an analysis of the quantity versus the weight of the victim, and we know from all the letters how clearly they got more of these drugs than was necessary for his purpose, given how out of it they were for a very long period of time.”

There were also allegations of Elkorany photographing his unconscious victims and infecting some with sexually transmitted diseases because he didn’t wear condoms.

Elkorany’s sentence was the maximum he could get. The jurist noted that, had he been convicted in New Jersey or Washington DC, where some of the assaults occurred, he would have been jailed for life.

Stéphane Dujarric, UN spokesperson, said the organisation was working on improving its approach to prevent abuse.

“The United Nations welcomes the efforts of the United States authorities in ensuring that Mr. Karim Elkorany is held to account for his criminal conduct,” he said.

“We salute the courage of the women that came forward to initiate the investigations. We hope that this sentence brings to all his victims a sense that justice has been achieved.”

In an apology to his victims, Elkorany expressed regret at not being able to undo the damage he had caused.

Elkorany was with UNICEF in Iraq from 2013 to 2016 before his promotion to communications specialist.