BREAKING: Panic As Vehicle Bursts Into Flames Near Justice Ministry In Abuja Amid Threat Of Terror Attacks


The incident happened around 12.30 pm a few metres from the building. The vehicle burnt for several minutes without firefighters in sight. 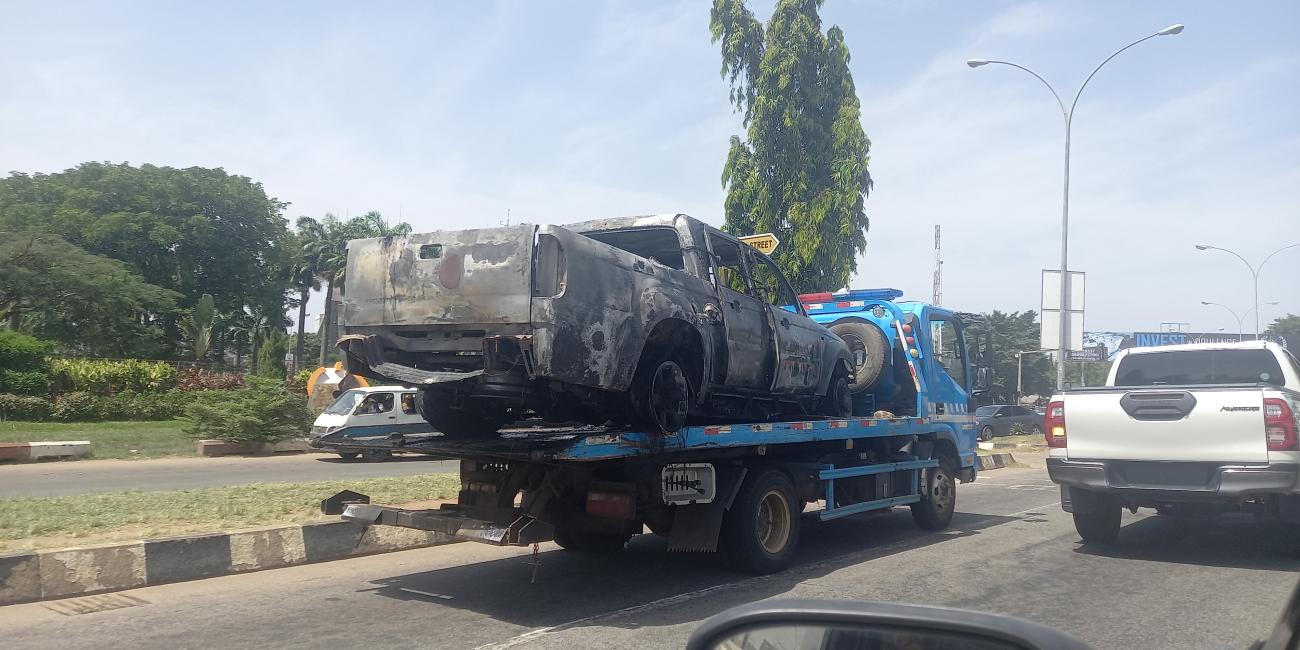 A Hilux vehicle has gone up in flames in Abuja, according to SaharaReporters.

The vehicle on Friday in Abuja burst into flames near the Ministry of Justice, sparking panic among the workers, passersby and motorists.

The incident happened around 12.30 pm a few metres from the building. The vehicle burnt for several minutes without firefighters in sight.

The ill-fated vehicle was burnt beyond recognition despite the efforts of other motorists who brought out fire extinguishers to help in putting out the fire.

Some staff members of the ministry watched from their offices as the vehicle burnt.

The incident created panic because of a security advisory earlier released by the US Embassy, warning of an elevated risk of terror attacks in Abuja.

But at the time of filing this report, firefighters and officials of the Federal Road Safety Corps (FRSC) were on the ground.

They have moved the wreckage of the vehicle off the road and normalcy has returned to the area.

SaharaReporters could not ascertain the cause of the fire but the incident caused gridlock along the Federal High Court–Transcorp Hilton Road.

A towing vehicle belonging to the FRSC was seen evacuating the carcass of the vehicle.

The US Embassy on Sunday issued a security alert of an elevated risk of terror attacks in the city.

Also, the UK government warned its citizens to stay alert, saying that the attacks are targeted at western interests.

Though the Department of State Services, DSS, has called for calm, some residents of Abuja are still apprehensive about the threat of terror attacks in the city.

Meanwhile, checks within the nation's capital showed security had been beefed up, particularly around major buildings.