Parents Cry Out As Bandits Abduct 39 Children From Katsina Farm


A source in the Mairuwa community, one of the worst hit during the attack said the bandits surrounded the farm and started shooting sporadically before abducting the labourers. 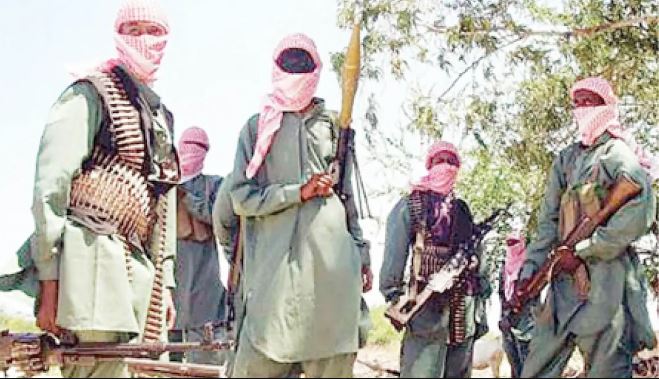 Many parents in Katsina State are languishing following the kidnap of their children.

The [parents in the rural communities of Faskari Local Government Area of Katsina State, where bandits abducted 39 children working on a farm, have pleaded with the government to rescue their children from their captors.

Daily Trust gathered that bandits in their numbers surrounded a farm on Sunday, where a number of people including boys and girls were working and abducted over 40 of them.

A source in the Mairuwa community, one of the worst hit during the attack said the bandits surrounded the farm and started shooting sporadically before abducting the labourers.

He said the representative of the farm owner had mobilised the children after paying a levy of N1m to the bandits, adding that most of the adults working on the farm were able to escape during the attack.

“They demanded N3m from the owner for him to be able to harvest his produce, he gave them N1 million as part payment and decided to begin the work before completing the money, but unfortunately the bandits did not accept that. In our village, Mairuwa, alone we have 33 among the victims including young ladies who are due for marriage,” the source said.

Another resident of Mairuwa who corroborated this account said “The owner of the farm is a Funtua resident, but his representative is residing here in Mairuwa village. As we speak, the bandits have used the cell phone of one of the victims to call demanding a ransom of N30 million.

“They said they were at the farm to abduct the owner or his representative but because they did not meet either of them they decided to kidnap those working for them,” he added.

Daily Trust gathered that the house of the farm representative was full with parents of the victims on Monday who were lamenting the unfortunate incident, with some blaming him for risking the lives of their children, a situation that prompted the police to detain him before later releasing him on bail.

Daily Trust also gathered that a lot of communities in the frontline local government areas groan in pain as they have to pay money in millions to bandits in order for them to be allowed to harvest their farm produce. A resident of Katoge in Kankara Local Government told our reporter that bandits had placed a N2m levy on his village for access to their farms but was later negotiated down to N600,000.

“We were able to mobilise the sum of N400,000 and paid to the bandits, but we have to complete that N200,000 before we access our farms. Other surrounding villages are also threatened, the situation is really bad here,” he said.

Most of the affected communities who spoke with our correspondent appealed to relevant authorities to provide adequate security that will allow them to evacuate their farm produce.

Responding to inquiries from our correspondent, the police spokesman in Katsina, SP Gambo Isah, said there was an ongoing effort to rescue the victims with synergy between the police, the state government and other security agencies.

It was also gathered that six of the victims regained freedom on Tuesday.