According to the latest development, Bulabulin Divisional Police Headquarters released the offending animal to the owner on account of a settlement brokered. 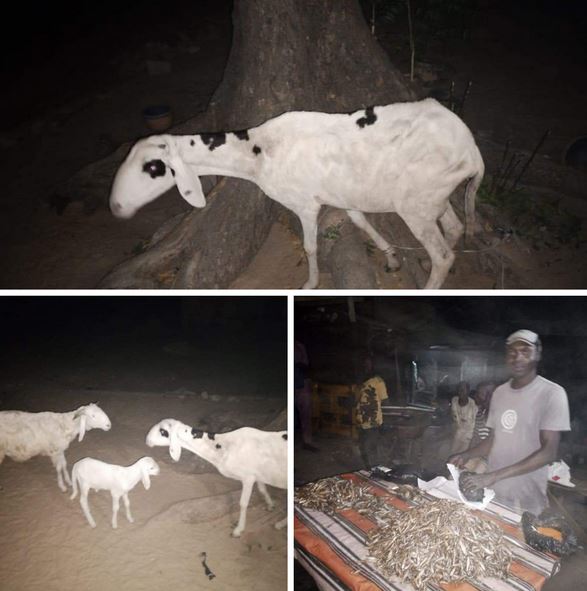 A sheep arrested by men of the Borno State Police Command for eating a heap of fried fish for sale at Bulabulin Ward in Maiduguri has been released after the animal was forgiven by the victim.

Recall that the sheep was arrested and detained alongside her lambs on Saturday, after the fried fish seller, Malam Yusuf Ibrahim, complained bitterly that the animal had caused him losses by raiding his selling point and taking mouthfuls of fried fish for over five years.

According to the latest development,  Bulabulin Divisional Police Headquarters released the offending animal to the owner on account of a settlement brokered.

Malam Yusuf  also confirmed to reporters that he forgave the sheep after its owner, Luba Mohammed mobilized elders in the community to intercede.

The fish seller said he has given conditions that what happened should not repeat itself. He extracted commitment from the owner to take care of her animals. Any repeat, it was agreed, will lead to legal action for redress.

Meanwhile, the fish seller got N50,000 reward from Honorable Husseini Monguno, for forgiving the sheep.

According to Zagazola Makama, a security analyst, Monguno who is member of the Board of the Federal Capital Development Authority (FCDA) said that "the big heart exhibited by the fish seller and the capacity he exhibited of tolerating the sheep’s endless raids for five years, was impressive and highly magnanimous and thus deserving of his reward" 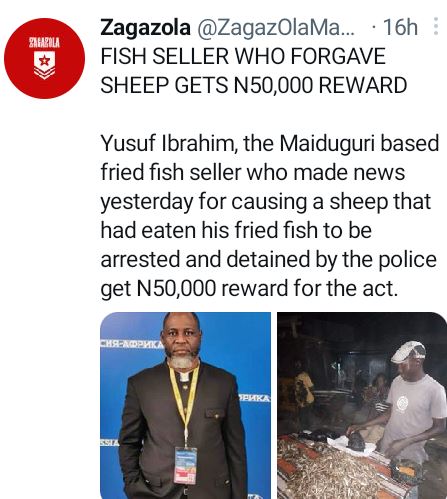 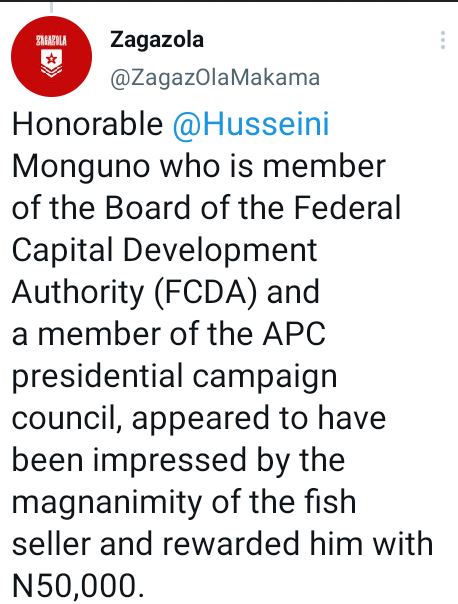 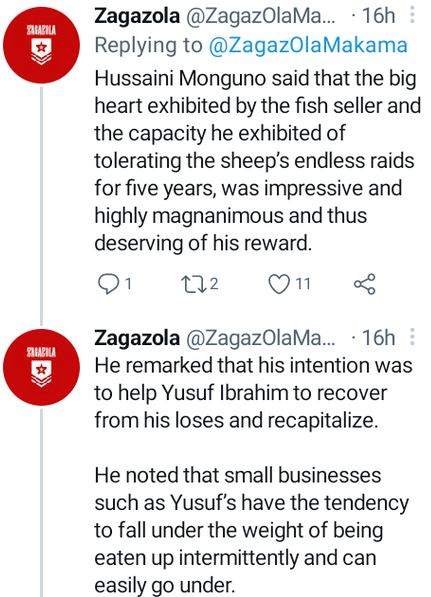