Why I Set My Step Children Ablaze – Suspect Confesses (Photo)


Ojo, who denied strangulating his first wife, said he was starved of food even though he provided money. 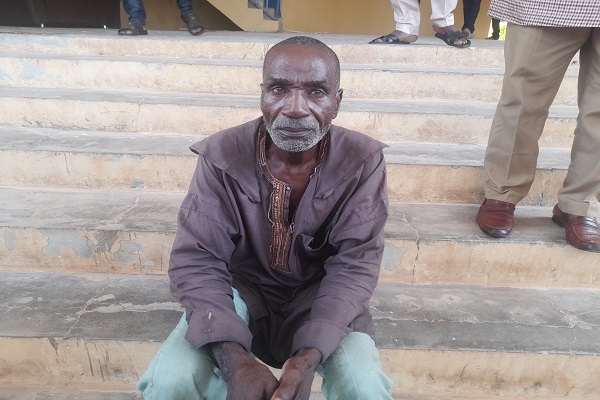 A man has confessed to setting his step children ablaze.
According to TheNation, Mr. Joseph Ojo, the man who set his five step-children ablaze said that he carried out the action because the children joined their mother to beat him.
Ojo said he has been married to four women and had 10 children.
He spoke when he was paraded at the police headquarters in Akure, the Ondo State capital.
Ojo, who denied strangulating his first wife, said he was starved of food even though he provided money.
According to him: “I am 64 years old. I have married four wives. I did not strangulate my first wife. I have 10 children from different women. The one I married last, if I give her money and she buys food, she does not give me food. She does not wash my clothes. She always fights me. We have been together for two years. She and her children used to fight and beat me. They are always fighting. She does not fetch water for me. She fights the whole street. She always fight me alongside her children. They always beat me.
“We fought the day I set the children ablaze. We do not use to quarrel over sex. Everybody in the street knows the children used to beat me. We fought the night I set them ablaze.”
Police said Ojo kept his twins in another room before carrying out the act.
Ondo Police spokesman, SP Fumilayo Odunlami, said Ojo told police interrogators that he gave his wife N600 but he was not given any food the night he carried out the act.
Odunlami said three of the children have died.
She said the suspect would soon be charged in court.
Top Stories