The dancer’s father who claimed to be a divorcee said his daughter would find love again. 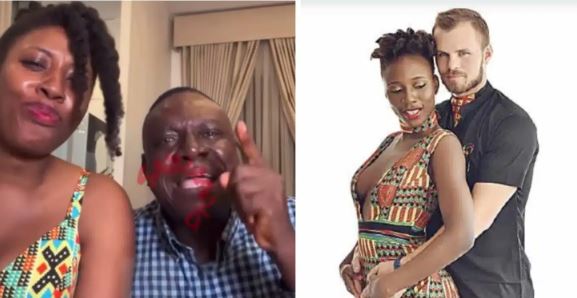 Nigerian dancer, Korra Obidi's father has called out his daughter's ex-husband, Justin Dean.
Korra's father spoke during a Facebook live with another daughter, Nancy Umeh.
According to him, the dancer will find love again following her crashed marriage.
Recall, the husband of the US-based dancer, Dean had announced their divorce in April, a few days after they welcomed their second daughter together.
While speaking about Korra’s future and love life, her sister called her father to address the trolls.
The dancer’s father who claimed to be a divorcee said his daughter would find love again.
According to him, despite being a divorcee and widower, he still found true love, stressing that his daughter would be fine.
Korra’s father added that people have no idea of what they are saying about his daughter because she would find love.
He further slammed the dancer’s ex-husband, Justin,  saying he is an idiot and his daughter will absolutely defeat him.
Top Stories