Dr Kumuyi noted that Nigerians should be allowed to choose who would govern them democratically and prayers should be sustained for God to make their choice the best for the country. 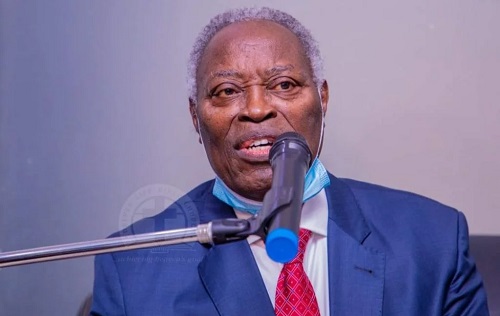 Speaking yesterday, Kumuyi said he will not endorse or disqualify anyone wanting to become the nation’s President.

He spoke yesterday in Jalingo, Taraba State, when he arrived for a global church workers conference.
Dr Kumuyi noted that Nigerians should be allowed to choose who would govern them democratically and prayers should be sustained for God to make their choice the best for the country.
According to him:  “I don’t want to get into recommending or disqualifying anyone. All we do is pray that God would give us the best leader and the best president in our country. He knows who is who and He knows what everyone would do when they get there. And God does his work in such a mysterious way that we cannot preempt him and say this is what will happen if this person comes in.
“But we know how God fulfilled his purpose through Nebuchadnezzar and through all the people that ruled in Bible times. And they were not all people that were on this side of the fence or theology. We want to leave everything in the hands of God and allow the Nigerian citizens to choose the people that would rule our country by democratically voting.”
He used the forum to urge church leaders in the state to encourage their pastors, ministers and workers to attend the conference, saying “This is the first time we are having this across the globe and it has pleased the Lord to choose Taraba State to be the anchor and springboard of this impartation.”
The state chairman of the Christian Association of Nigeria, CAN, Dr. Jirapye Magaji, while welcoming the Cleric, expressed the appreciation of the Christian community in the state for the privilege of hosting the conference.
He also presented a plaque to the cleric in honour of his meritorious service in God’s vineyard.
Top Stories