The suspects, according to the police spokesman, were part of the bandits terrorising villages of Kotarkwashi, Damba and some outskirts of Gusau, the state capital. 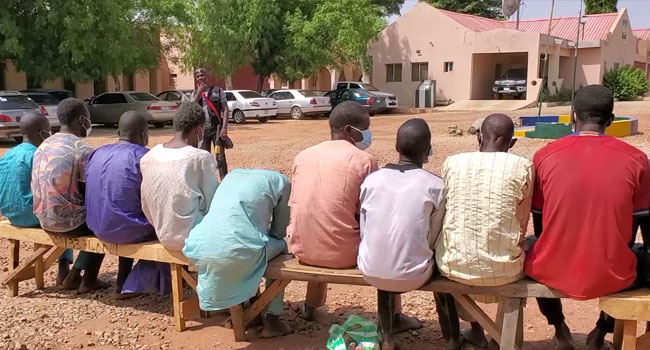 16 suspected bandits, kidnappers, armed robbers and other criminals have been apprehended in Zamfara state.
This is according to the Zamfara State Police Command.
Police Public Relations Officer in the state, Mohammed Shehu, who paraded the suspects on behalf of the Commissioner of Police, Kolo Yusuf said the suspects were arrested by the police tactical squads in different parts of the state.
He explained that two notorious bandits – Surajo Almandawi and Bage Mohammed – were arrested along Gusau – Funtua Road acting by operatives who acted on intelligence information during a confidence-building patrol.
The suspects, according to the police spokesman, were part of the bandits terrorising villages of Kotarkwashi, Damba and some outskirts of Gusau, the state capital.
“Police Tactical Operatives while on confidence-building patrol along Gusau – Funtua road, acting on intelligence information that led to the arrest of a notorious bandit’s kingpin named Sujora Almandawi as one of the bandits terrorizing villages in Tsafe, Kotorkoshi, Damba and some outskirts of Gusau,” he said.
“Further intelligence information revealed that the suspect was involved in several attacks on villages, Cattle Rustling, Kidnapping and other related crimes along these routes.”
“In the course of interrogation, the suspect confessed to serial kidnapping and cattle rustling in more than 10 Communities in Gusau, Tsafe and Bungudu LGAs, where they collected millions of naira from the relations of victims as ransom. The suspect further confessed to rustling an unspecified number of cows.”
On how the other notorious bandit was nabbed, the police spokesman said Mohammed was arrested by security operatives in collaboration with and members of the vigilante group while on confidence-building patrol along the Anka – Bukkuyum Road.
He said an intelligence report linked the suspect to some attacks on some villages in Bukkuyum as well as the kidnap of 11 persons in Dargaji village.
According to the police spokesman, the “suspect confessed to several attacks, kidnappings and rustling of an unspecified number of cows and sheep in some parts of Anka, Bukkuyum and Gummi LGAs.”
He added the suspect is currently assisting the police operatives with useful information for more arrests and recovery of stolen items. 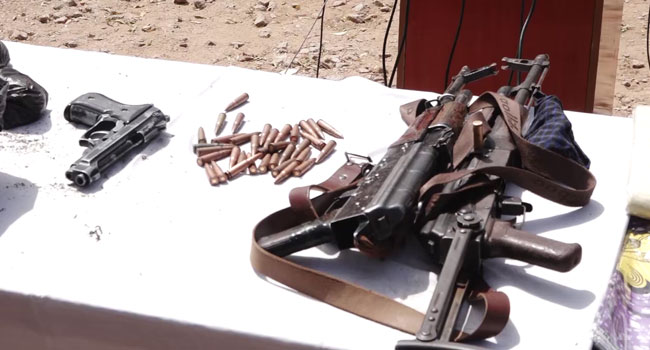