World Cup: Ronaldo Under Fire After Portugal’s 3-2 Win Over Ghana


Ronaldo opened the scoring from the penalty spot during the encounter, becoming the first footballer to score in five different World Cups in the process. 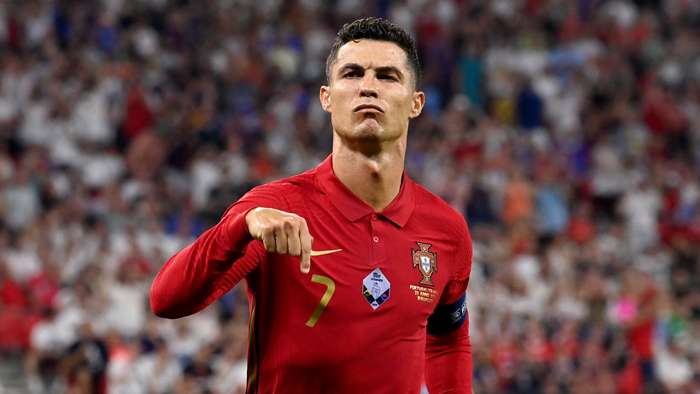 Cristiano Ronaldo, the world-famous Portuguese footballer, has come under fire.

The footballer came under fire from Liverpool legend, Didi Hamann following his performance in Portugal’s World Cup 3-2 win over Ghana on Thursday evening.

Ronaldo opened the scoring from the penalty spot during the encounter, becoming the first footballer to score in five different World Cups in the process.

But Hamann believes Ronaldo is not the same player he used to be, adding that he gave away the ball during the contest.

According to him, Portugal looks pedestrian with Ronaldo in their squad.

“I don’t think he is the same player – I don’t know if this is match fitness or because he has not played. If you watch him today, the balls he’s given away, he’s never given away in his career,” Hamann told RTE.

“I think he lost at least a yard, but what he still does, he is probably still the best in the air because the spring he has got is unbelievable.

When asked if Ronaldo could still help Portugal, Hamann added: “I’m not too sure. They look pedestrian.