He made the remarks at the inauguration of the 1,080-member campaign council of the charter of the Peoples Democratic Party (PDP), in Calabar on Saturday. 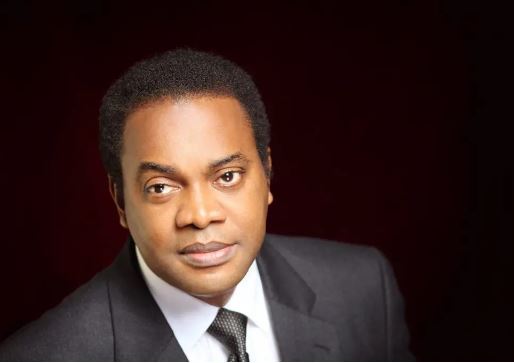 A former governor of Cross River, Donald Duke, has made his feelings known about whoever the next governor of the state would be.

He said that he felt sorry for the next governor of the state, revealing that such an individual would be faced with an uphill task of reinventing governance in the state.

He made the remarks at the inauguration of the 1,080-member campaign council of the charter of the Peoples Democratic Party (PDP), in Calabar on Saturday.

The former governor noted that the essence of good governance has been lost in the state in the last eight years.

According to him: “I never bargained to be governor of the state, but was driven by passion and commitment to positively change the fortune of the state, when I eventually became one.”

He said that where he and his team envisioned the state to be by now is not where it is.

“I am worried about development in the state, a whole generation had been lost. We know where the state ought to be by now. The plan was that we would have been governing the state without relying on federal allocation by now. The plans were all laid out.

“Whole paradise had been lost. This is certainly not the best of time to govern Cross River State,” NAN quoted him as saying.

Duke added that he was hopeful that the PDP governorship candidate, Sen. Sandy Onor, has what it takes to restore the lost glory of the state.

He stressed that Onor’s past experiences in government had adequately prepared him for the uphill task of reinventing the state.