The naira notes were apparently damaged due to moisture because of being paced in bags. 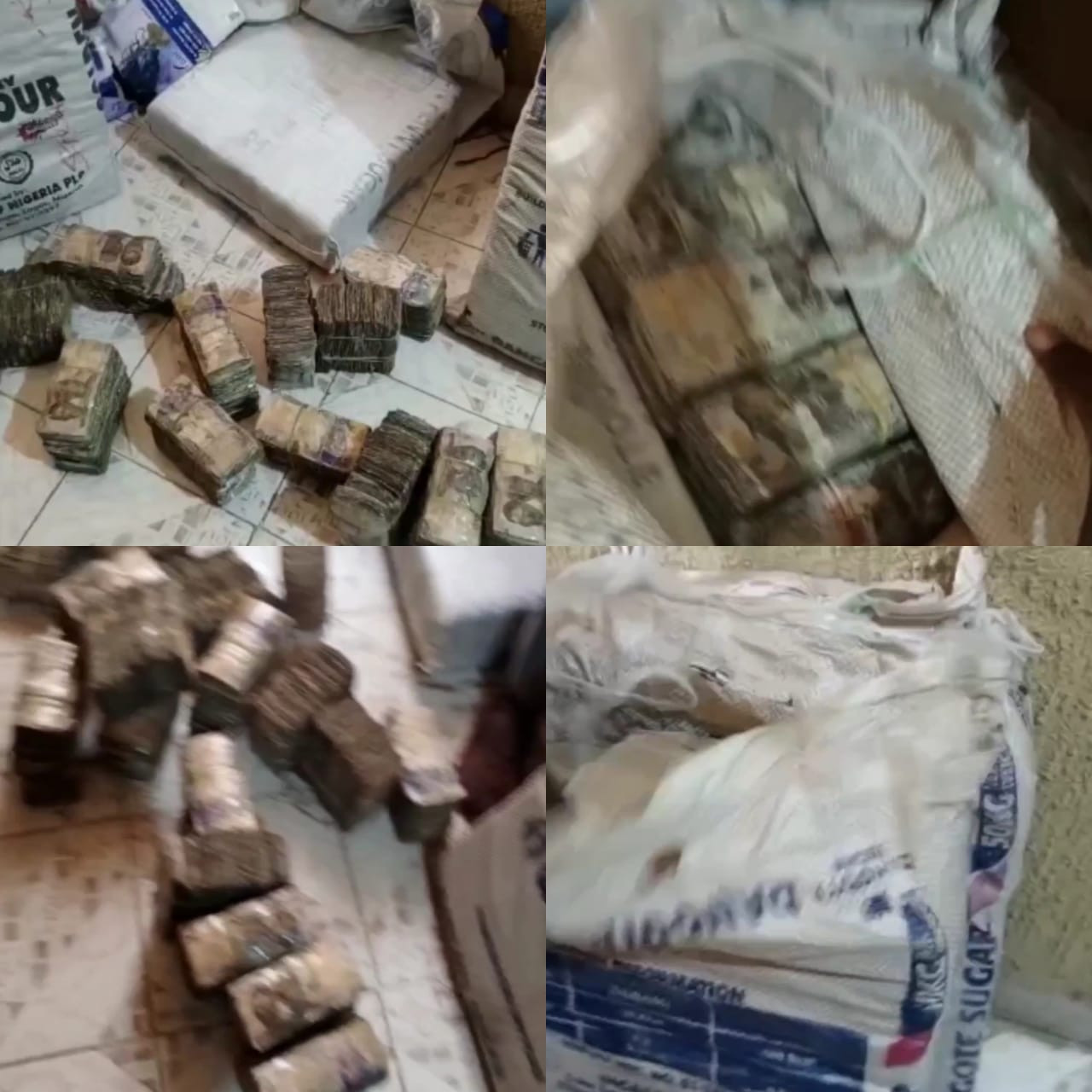 A video has surfaced showing damaged naira notes hidden inside sacks.
The notes were discovered weeks after CBN announced and unveiled newly re-designed N200, N500 and N1000 notes.
In a video that is making the rounds on social media, naira notes that have apparently been damaged due to moisture could be seen in the bags.
Watch the viral video below: