Adeleke came into the venue in a long convoy of vehicles at about 11:20am and completed taken his oath at about 11:50am. 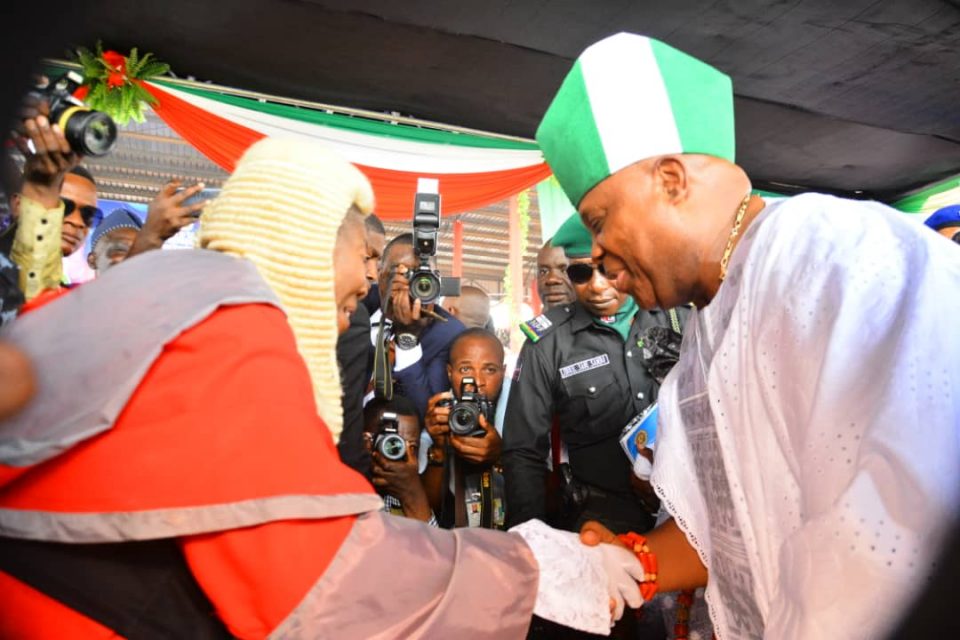 Ademola Adeleke has been sworn-in as the governor of Osun state.
He was sworn-in alongside his deputy, Kola Adewusi.
The duo took the oath of office and allegiance which was administered by the Osun State Chief Judge, Adepele Ojo on Sunday.
Adeleke came into the venue in a long convoy of vehicles at about 11:20am and completed taken his oath at about 11:50am.
Present in the main bowl of Osogbo City Stadium to witness the event were dignitaries that included the Peoples Democratic Party presidential candidate and his running mate, Atiku Abubakar and Ifeanyi Okowa respectively, the Edo State Governor, Godwin Obaseki and Akwa Ibom State Governor, Emmanuel Udom.
Also present were, Governor Aminu Tambuwal of Sokoto State, Governor Duoye Diri of Bayelsa State, Former Ekiti State Governor, Ayo Fayose and Ooni of Ife, Oba Adeyeye Ogunwusi.
Also at the venue were: Wife of the PDP presidential candidate, Titi Atiku, Oluwo of Iwo, Oba Abdulrasheed Akanbi, and former Oyo governor, Chief Rashidi Ladoja, among others. 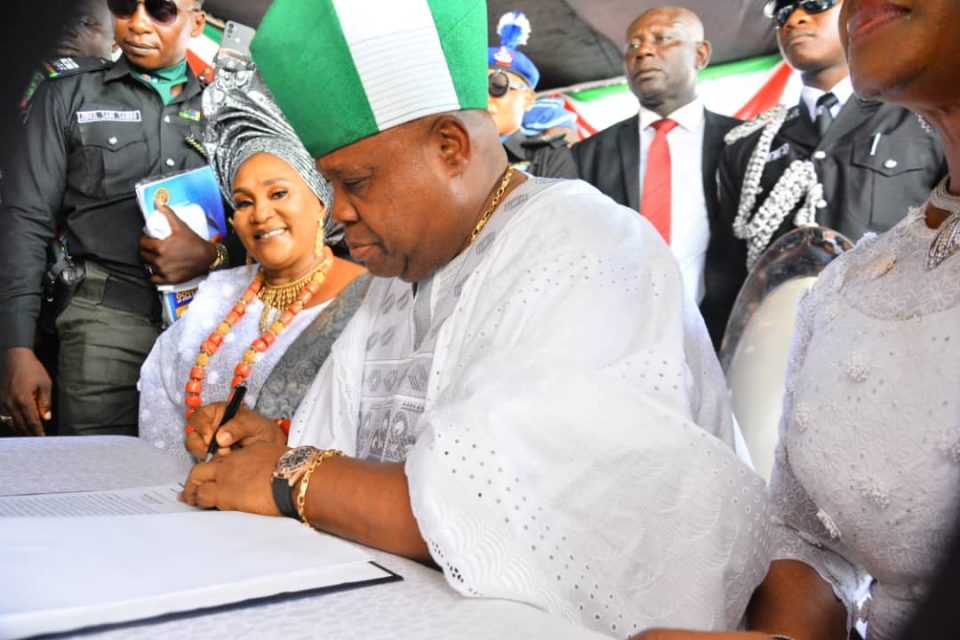