The Horniman described returning the looted objects as a “moral and appropriate” response after a request from Nigeria’s National Commission for Museums and Monuments. 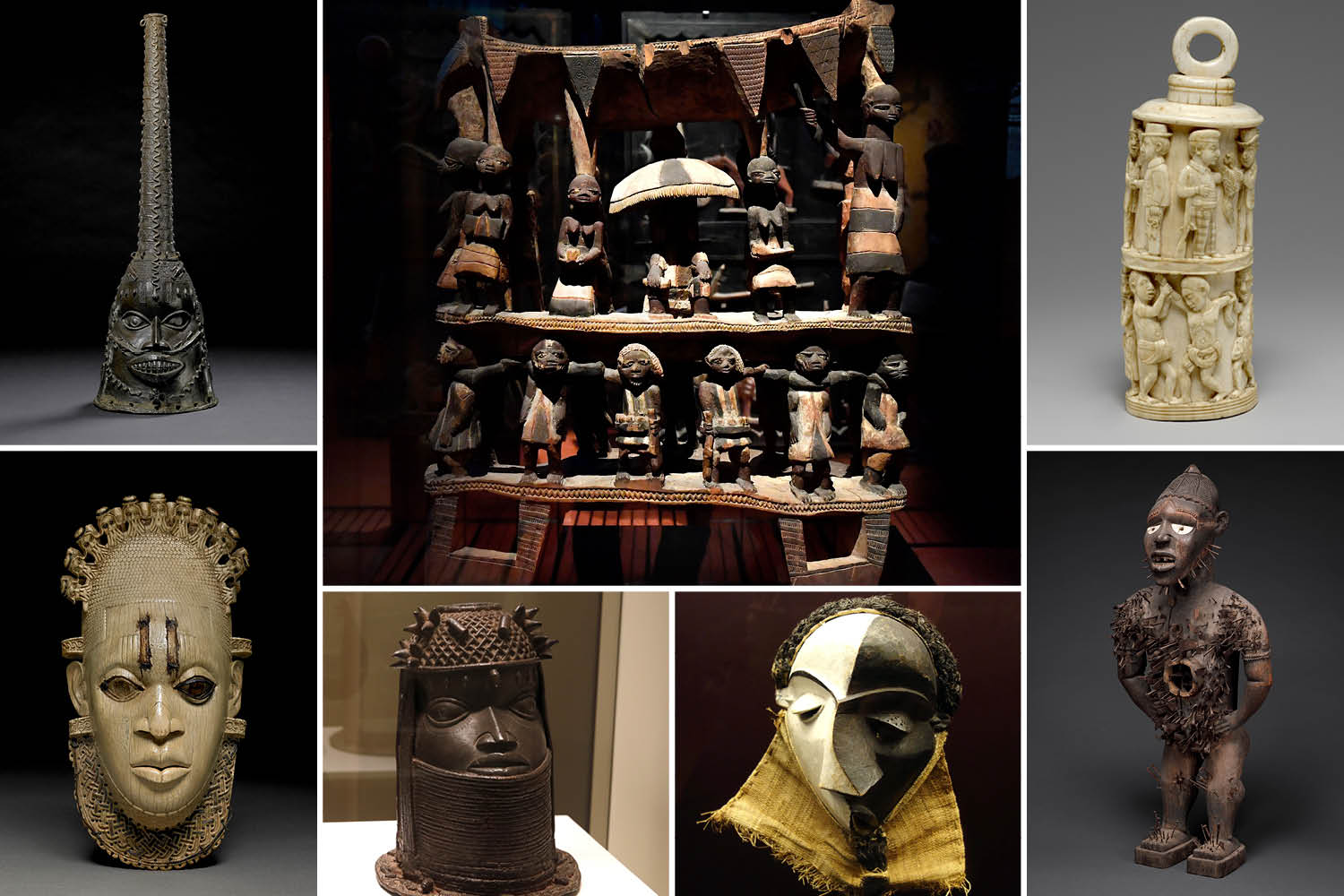 Benin artefacts stolen and exhibited at a small museum in south-east London have been returned to Nigeria.
According to NAN, the Horniman Museum, which houses a collection of 72 treasured items that were taken by force from Benin City in 1897, officially handed over ownership of the artefacts to the Nigerian government on Monday.
The Horniman described returning the looted objects as a “moral and appropriate” response after a request from Nigeria’s National Commission for Museums and Monuments.
There are still questions about whether thousands of items which were held at large institutions globally, including the British Museum, will ever be sent back.
However, the first six objects which were returned included two Benin Bronze plaques from the royal palace which were handed over to Nigerian officials at a ceremony marking the transfer of ownership of 72 looted items.
The items were taken from Benin City by British troops in February 1897.
Nick Merriman, chief executive of the Horniman Museum and Gardens, and prof. Abba Tijani, the NCMM’s director general, were asked by journalists ahead of the official handover if they were frustrated at the British Museum’s apparent reluctance to hand over the 900 objects it had held for more than a century.
Merriman, who said the Horniman had been an “excellent example” of leadership, stated that, “Journalists who ask me about the Benin return always want to ask me about the British Museum.”
“I would rather talk about what an excellent example the Horniman is rather than answer questions about the British Museum.”
The six objects selected in consultation with the NCMM as being representative of the collection of 72 items form the first wave of physical repatriation of Benin objects from the Horniman.
A new agreement between the NCMM and the Horniman will allow the remainder to stay in Britain on loan for now, with a second phase of physical repatriations to follow in due course.
Professor Tijani later explained that about 5,000 Benin bronzes were currently “scattered” around the world.
He said that he is hoping that talks with various institutions may result in deals that could herald the items being returned from places including Germany and the U.S.
Top Stories