Also, the judge issued that the Commandant Training and Doctrine Command, Minna, Major General Olugbenga Olabanji, be arrested and imprisoned for a similar offense. 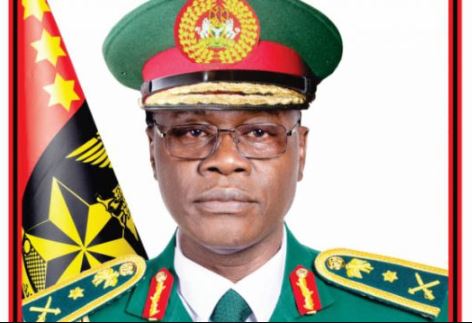 The PUNCH reports that a Federal High Court sitting in Minna, the Niger State Capital, has ordered the arrest of General Faruk Yahaya, the Chief of Army Staff.

General Faruk Yahaya's arrest order was given over contempt.

Justice Halima Abdulmalik, who issued the warrant and presided over the case, said the order followed notice brought before the court in pursuant of order forty two rule ten of the Niger State High Court Civil Procedure 2018.

The judge ruled that the order is commuting Yahaya to be kept in Minna correctional custody for contentions of order of the court on October 12, 2022, adding that the COAS is to remain in custody till he has been “purged”of the contempt.

Also, the judge issued that the Commandant Training and Doctrine Command, Minna, Major General Olugbenga Olabanji, be arrested and imprisoned for a similar offense.

Justice Abdulmalik then adjourned the case to December 8 for continuation.

The PUNCH had reported that on November 29 a Federal High Court sitting in Abuja sentenced the Inspector General of Police, Usman Baba, to three months in prison for disobeying a court order.

The IGP’s committal followed a suit that was filed by a police officer, Patrick Okoli, who was unlawfully and compulsorily retired from the Nigerian Police Force.

The court also ordered the payment of N10 million to the applicant, being special and general damages for the unlawful, illegal and unconstitutional denial of his (Patrick’s) rights and privileges as a Senior Officer of the Nigeria Police Force from 1993 till date.