The student of the Federal University, Dutse, Jigawa State, Aminu Muhammed was arrested, detained and remanded in prison for criticising Aisha Buhari in a Twitter post. 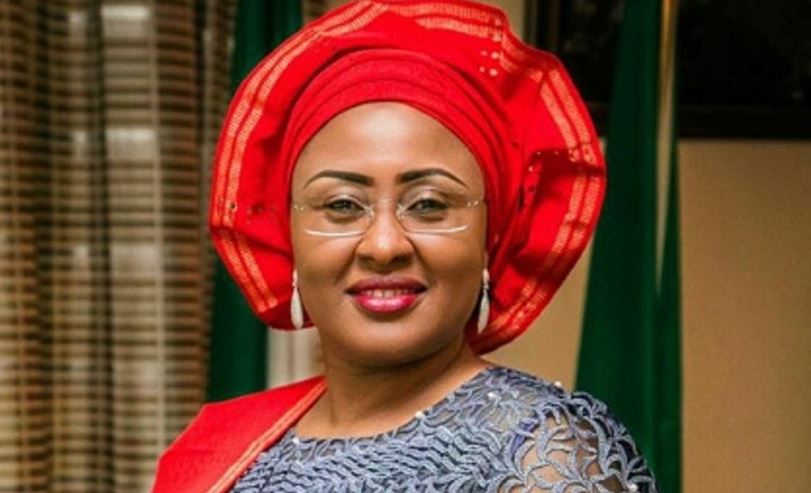 The protest is against President Muhammadu Buhari’s wife, Aisha and the Inspector-General of Police, Usman Baba, over the arrest of a student.

The student of the Federal University, Dutse, Jigawa State, Aminu Muhammed was arrested, detained and remanded in prison for criticizing Aisha Buhari in a Twitter post.

The wife of the President is known for frivolous trips to Dubai.

According to his friends, he made the post because he was frustrated about the prolonged strike by universities across the country.

However, on November 8, the 23-year-old student was picked up by security operatives on campus and was reportedly beaten up following his arrest around noon.

SaharaReporters gathered that Muhammed was secretly arraigned in court on Tuesday. 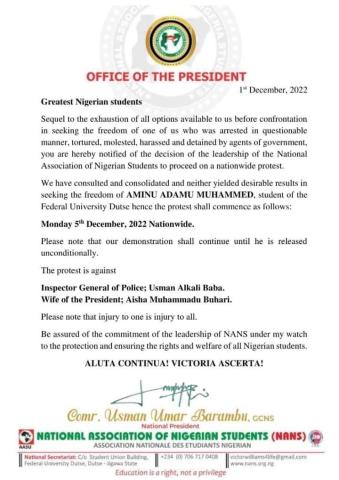 Barambu also declared a nationwide protest on Monday, December 5 against the barbaric action of the First Lady and police.