According to reports, Chukwujekwu was found dead in a hotel room on Thursday, December 1, 2022, two days after he was declared missing. 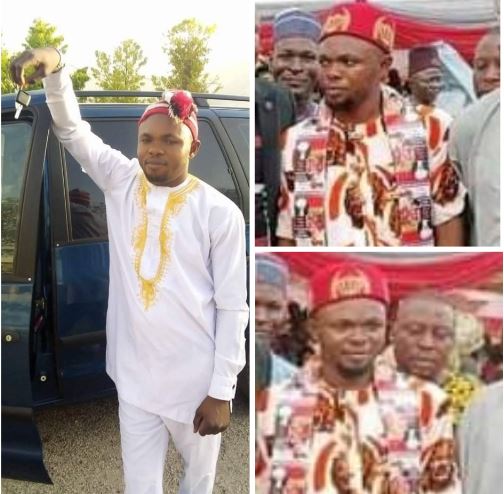 Chukwunonso John Chukwujekwu, a 37-year-old businessman, has been found dead.

He was found dead in mysterious circumstances in Bauchi State.

The deceased, hailed from Anambra East Local Government Area of Anambra State but was a resident of Boi Village in Bogoro LGA of Bauchi State where he was in the business of selling provisions.

According to reports, Chukwujekwu was found dead in a hotel room on Thursday, December 1, 2022, two days after he was declared missing.

The cause of his death remains mysterious as no one could give a clue as to what led to his disappearance in the first place before the death.

A member of the Police Community Relations Committee (PCRC) in the area, Comrade Joel Daniel said that the incident has left residents in total confusion considering the circumstances leading to it.

He confirmed that the deceased was found dead in a hotel room after he went missing, adding that the case was reported to the PCRC as well as the Police Division in Bogoro.

The deceased was said to have participated in the Igbo end-of-year party, which took place on Wednesday night in the area, being an active member of the Igbo community meeting in the area.

Until his death, he was the Onyewetehi of Nandi and turbaned as the Kaigaman Boi by the paramount ruler of Boi Mal Bala Likita. He is survived by his wife, Mrs Grace Chukwunonso and three children.

Spokesperson of the State Police Command, SP Ahmed Wakili, confirmed the incident to the Nigerian Tribune.

"One Mrs Grace Chukwuemeka, 27 years old, reported at the Bogoro Divisional headquarters on 30 November, 2022 that her husband, Mr. Chukwunonso Chukwujekwu left home for his provision shop located at Boi and since then he did not return," the PPRO stated.

"Immediately she reported, the DPO, Bogoro led a team of Detectives to organise a search party in the area. Consequently, he was found dead in a hotel room situated at Tudun Wada area of Boi in Bogoro LGA lying on the floor with saliva and foams from his mouth." he said

"The DPO and his men evacuated the corpse to the General Hospital, Bogoro where he was certified dead by a medical doctor on duty,"

"Presently, the Commissioner of Police has ordered an autopsy to determine the cause of the death. Investigation is ongoing," he added