Story Of Nigerian Accountant Who Disappeared After Relocating To Belgium


PUNCH Metro gathered that when Anthony got to Belgium, he remained incommunicado and efforts by his parents and siblings to get in touch with him proved abortive. 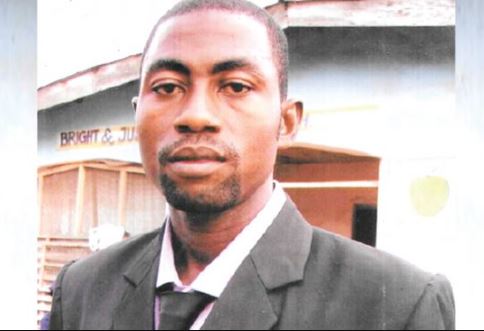 The story has been told of Anthony Isabor, a Nigerian accountant who disappeared upon relocating to Belgium.

The family of Anthony Isabor has now lamented his disappearance after his cousin, Doris Usiagwu, took him to Belgium to get a job after he graduated in 2014.

PUNCH Metro gathered that when Anthony got to Belgium, he remained incommunicado and efforts by his parents and siblings to get in touch with him proved abortive.

The victim’s brother, Sunday, who spoke to our correspondent on Monday, said when Anthony got to Belgium, he informed their mother, adding that that was the last time they heard from him.

Sunday said, “My brother studied accounting and when he graduated, he needed a job, so my cousin, Doris Usiagwu, who is based in Belgium, took my brother along with her elder sister’s daughter to Belgium in 2015.

“When my brother arrived in Belgium, he called my mother with a number that was not his, saying he had arrived and that was the last time we heard from him. We have taken all efforts to reach him but all have been to no avail.

“Every time we called my cousin to enquire about my brother, she would programme our numbers and we would not be able to reach her afterward. I have done everything humanly, prayerfully, and financially possible to know the whereabouts of my brother but nothing has worked.”

Sunday said the events surrounding Anthony disappearance and the efforts expended on locating his whereabouts made their mother develop high blood pressure.

“My mother is a widow and is currently living with high blood pressure because she has been depressed over the matter. Despite all our efforts to locate my brother, my cousin’s family remained nonchalant about the situation.

“I believe my cousin knows where my brother is and she is using him for exploitative means. She came back some years ago and my mum asked her where Anthony is but she did not say anything. Her father once threatened my mother when the matter was reported to the authorities,” the aggrieved brother said.

Letters Sunday wrote to the Belgium Embassy, the Minister of Foreign Affairs, Geoffrey Onyeama, and the Chairperson of the Nigerians in Diaspora Commission, Abike Dabiri-Erewa, were sighted by our correspondent.

Sunday, however, said none of the letters were responded to.

The letter written to the NIDCOM read in part, “We kindly request you to please use your good office to help my family in the search for my brother. My mum is a helpless widow and this seven-year search has taken a toll on my family.

“I am passionately and fervently pleading with you, the Federal Government of Nigeria, through His Excellency, President Muhammadu Buhari, and the Nigeria Embassy in Belgium to please come to the aid of my family to rescue my brother.”

Efforts to get a response from Usiagwu regarding the allegations made against her proved abortive as she refused to take calls made to her mobile number.

She had yet to respond to a text message sent to her phone number as of the time this report was filed.

Contacted, the spokesperson for NIDCOM, Abdur-Rahman Balogun, said, “We are not aware of the letter written. However, now that it has been brought to our notice, I will find out.”