The actress, in an interview with Chude Jideonwo, the media entrepreneur, spoke of her journey to motherhood. 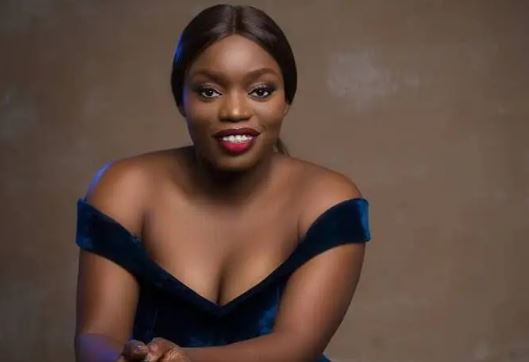 Bisola Aiyeola, the Nigerian actress has talked about what happened when she got pregnant several years ago.

She explained that her mother’s disappointment after her premarital pregnancy broke her.

Aiyeola appeared in the 2017 edition of BBNaija where she was the first runner-up.

She was also one of the contestants of Project Fame West Africa in 2008 where she came 5th.

The actress, in an interview with Chude Jideonwo, the media entrepreneur, spoke of her journey to motherhood.

She said getting pregnant straight out of project fame and her mother’s disappointment about it broke her.

“When I told her I was having a baby after project fame, my mum wailed, like ‘who’s this boy that has stolen my jewel?’ I had never seen my mum that said before,” Aiyeola said.

“She was like, ‘this (project fame) was what I thought was going to be the pivot that would escalate us to success and happiness and now you’re having a baby.’ It broke me.

“That was the only time I’d seen my mum not really be supportive. I had my daughter when I was 23. After she got over it and spoke to my sister, now she’s happy and would randomly tell me, ‘thank you. I’m proud of you.'”

Bisola Aiyeola shared her experience of being raised by her mother alone while her father was absent in her life.

“My mum had two stores in Lagos Island. We were living [large] and people would call us London children. My mum traveled a lot. But life hit her. Her store got burned. She never got back on her feet,” Aiyeola said.

“We hit rock bottom after which we started living from one family member’s house to another.

“I don’t have too many memories of my dad because he wasn’t really present in our lives. He left when I was 3 and I saw him only once after that. I think I was 13 at the time when he came to visit.

“Years before he passed, I called. I thought talking to him would spark something and make him want to reach out to me more. But it dawned on me there was nothing here. ‘Don’t push it. He wasn’t there for you growing up.’

“After that, I had an interview where shared I was sad about sad I felt that he wasn’t there for me. I got messages from my older siblings who told me they all went through it and it wasn’t peculiar to just me or my sister.”