Yakubu Dogara took to his Twitter page to reply the governor of Rivers state, Nyesom Wike. 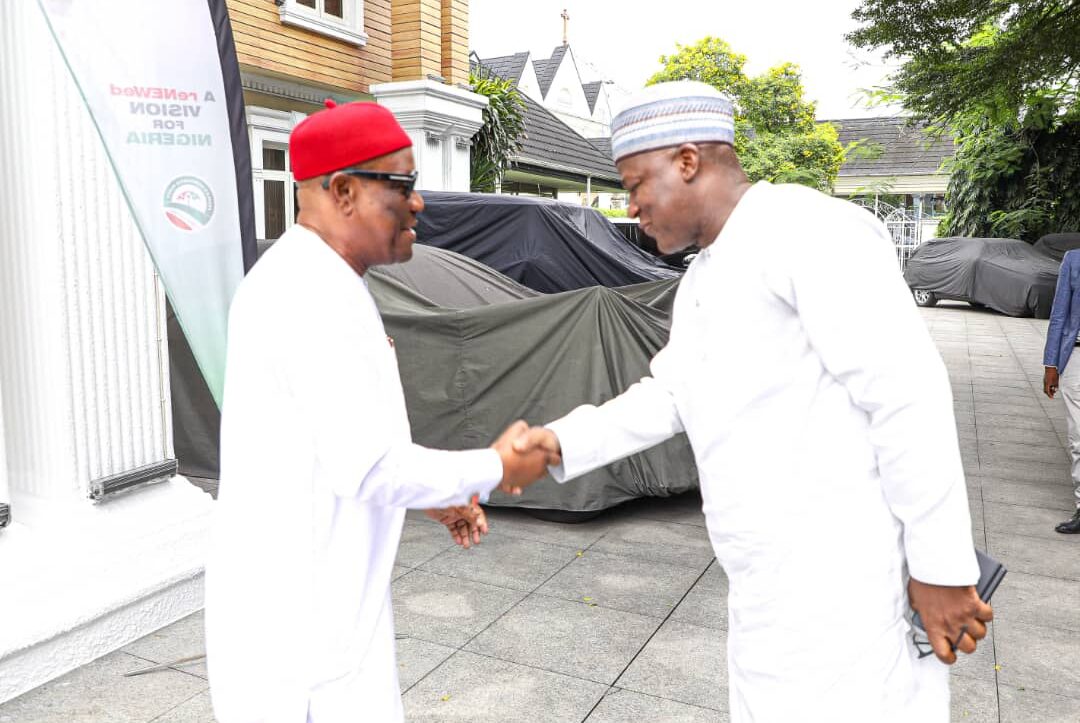 A former Speaker of the House of Representatives, Yakubu Dogara has replied the governor of Rivers State, Nyesom Wike.
Wike had tackled Dogara for supporting the Peoples Democratic Party presidential candidate, Atiku Abubakar.
According to Wike, he had agreed with Dogara during one of their meetings to support Southern presidency.
Wike also questioned Dogara's character as a person.
Reacting, Dogara took to his Twitter page to claim that Wike is suffering from amnesia.
He wrote:
To my brother, Governor Nyesom Wike; if there is anything you are suffering from, I never thought amnesia would be one of them. Why would you think no one, except you, is entitled to a certain set of principles he/she cannot compromise? It’s such a pity if you cannot remember what our discussion and agreement was all about.
Why should only your own position be respected and followed? I would never betray a friend and a brother that is why I won’t respond to your tirade on live TV.  The details of our conversation is sealed up with me but if you feel it’s okay to throw it to the public kindly give me a written consent to divulge it so that the public can judge who is saying the truth. Thank God there was a witness! 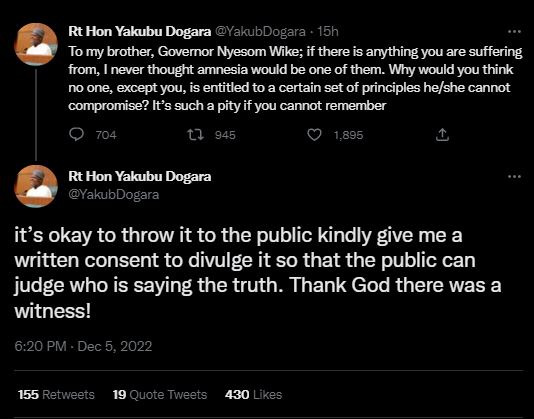