Suggestions of a bumper contract offer from the Saudi Pro League club emerged last week, with Ronaldo said to be in line to earn well over £100 million a year. 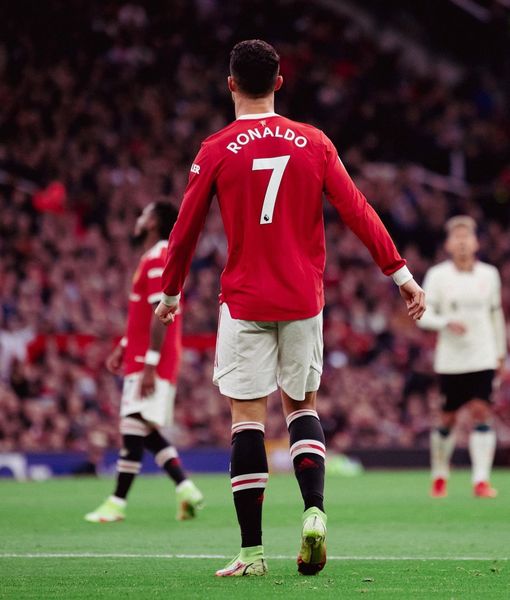 Cristiano Ronaldo has reacted to reports that he has agreed a move to Saudi club, Al Nassr.
The striker said reports saying he has agreed a move to Saudi Arabia is not true.
He made the disclosure after his team’s Round of 16 win over Switzerland.
The striker became a free agent after being released from his Manchester United contract last month and reports have claimed Ronaldo has agreed an extraordinarily lucrative deal to play in Saudi Arabia.
Suggestions of a bumper contract offer from the Saudi Pro League club emerged last week, with Ronaldo said to be in line to earn well over £100 million a year.
However, the 37-year-old says the reports of him signing a deal with Al Nassr are wrong.
Al Nassr rumours ‘not true’.
Speaking after coming off the bench in Portugal’s 6-1 win over Switzerland at the World Cup, a rare substitute appearance for his country, Ronaldo was asked about the move.
“No, it’s not true,” he told reporters.
Ronaldo was allowed to leave United after a television interview with Piers Morgan saw him criticise the club’s owners and signal his lack of respect for manager Erik ten Hag.
He said he felt “betrayed” by the club, alleging there were efforts being made to force him out, with his second stint at United ending in a messy break-up less than 18 months after his arrival from Juventus.
The five-time Ballon d’Or winner may struggle to find a top-tier club in Europe, given his relative decline in form in recent times, compared to his peak years at Real Madrid, and the huge salary he is expected to be seeking.
The money may be no object in Saudi Arabia, but it remains unclear whether Ronaldo does not fancy that switch, or whether the deal is simply not over the line yet.
Ronaldo also sent his best wishes to Pele, who is being treated in a Sao Paulo hospital.
A report in Brazil at the weekend claimed the three-time World Cup winner had entered palliative care following a cancer battle. That has not been confirmed by the hospital, family, or Pele himself.
There have been a host of fond messages sent to the 82-year-old since concerns were raised about his health, and Ronaldo joined in. According to Record, Ronaldo said: “Get better, get better Pele. Our king has to get better. That’s all we want.”
Top Stories