Oluremi, who is the wife of the party’s presidential candidate Bola Tinubu, stated this during the APC south-west women’s presidential rally held at the Mobolaji Johnson Arena in Lagos. 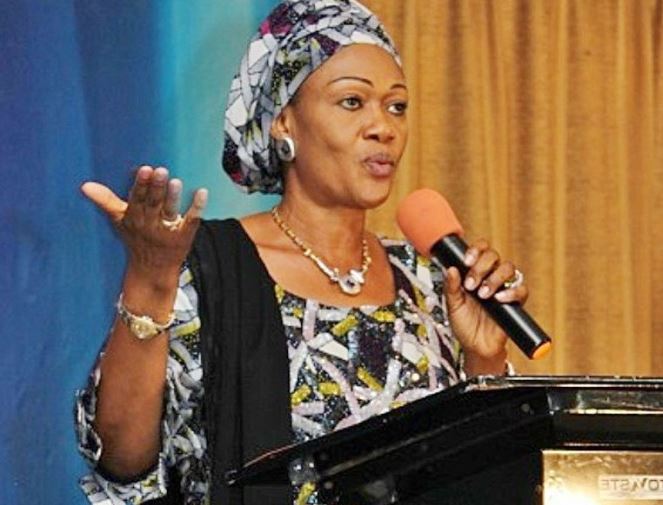 Sen Remi Tinubu has stated that the controversial Muslim-Muslim ticket of the ruling All Progressives Congress (APC) will set a new tone in the country’s political landscape in the future.

Oluremi, who is the wife of the party’s presidential candidate Bola Tinubu, stated this during the APC south-west women’s presidential rally held at the Mobolaji Johnson Arena in Lagos.

She said, “As regards the Muslim-Muslim ticket, this one will set the tone for the future. Sometime in the future, we will have a Christian-only ticket. What God has done in our land is marvellous.

“I bring you warm greetings from the First Lady, Her Excellency Aisha Buhari. She sends love to Lagos and wishes you well, as does the governor who is making things work in Lagos State.

“We thank you for coming out in large numbers despite the challenges. My coming here is another homecoming. About 23 years ago, God blessed my husband to become the governor, and I supported him as the first lady.

“I want to thank the people of Lagos Central for sending me to represent them. I am the first woman to emerge as a senator three times. This is a fantastic opportunity, and I have been working for the good of our people since 2007 when my husband left office.”

Also speaking at the rally, wife of Lagos State Governor Ibijoke Sanwo-Olu called on women in the state to vote for the APC in the forthcoming 2023 general elections.

She said, “The commitment of the Tinubu-Shettima presidency is that all Nigerians, regardless of age, colour, gender, ethnicity, religion, or political affiliation, will be supported to achieve their dreams and aspirations. This presidency will do everything humanly possible to increase opportunities for women in politics and decision-making.”

In her remarks, the APC national women leader Beta Edu urged citizens to get their permanent voter cards ready, adding that Tinubu would empower women and provide jobs for youth.