Nigerian Soldiers Engaged By Civilian To Stop Father’s Burial Kill One, Injure Another At Funeral In Lagos


The incident occurred at Ogombo in the Eti-Osa East Local Government Area of Lagos. 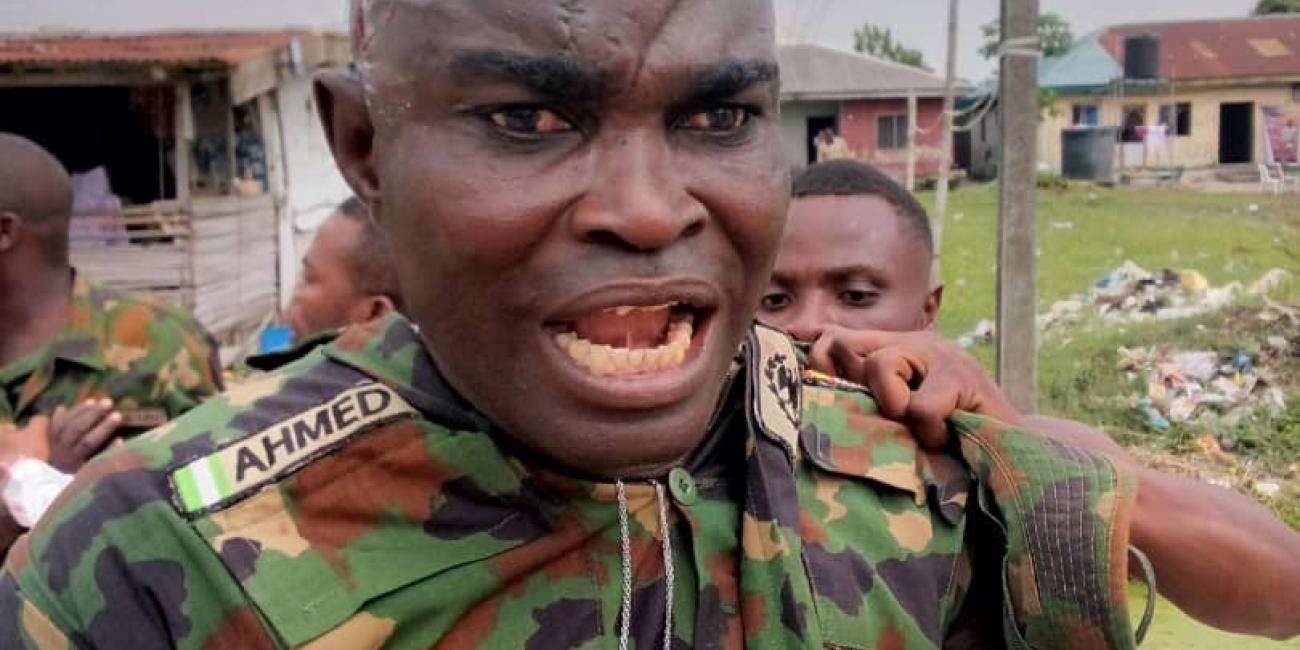 In what will come across as a really shocking development, some officers of the Nigerian Army, have caused serious commotion in Lagos.

The soldiers, one of them identified by his name tag as Ahmed, killed a civilian and injured one other at a burial ceremony in Lagos State.

The incident occurred at Ogombo in the Eti-Osa East Local Government Area of Lagos.

A Twitter user, @agnestasia_faka, said the incident occurred on November 19, 2022, when a member of the family - a civilian identified as Richard Matthew Ekpo, engaged the services of the soldiers to stop the burial of his father, following a family crisis resulting from disagreement over where to bury the deceased.

“On November 19, 2022, Mr. Richard Matthew Ekpo, used the Nigerian Army to invade the ongoing burial of his father, just because he did not want them to bury the man in their family house, during the process, one was killed and another injured.”

She said that over 15 years ago, Richard’s mother gave him some money to purchase family land at Ogombo. He reportedly bought the land and they built a house on it. According to her, years later, Richard’s mother died and the father continued to stay in the house. She said a few years ago, Richard told his father that he wanted him to relocate to Akwa Ibom and that he would build an apartment for him there.

Attempts by SaharaReporters to get comments from the Nigerian Army on the matter failed as the mobile phone line of the Army spokesperson, Brigadier General Onyema Nwachukwu was not available.

Similarly, calls to the phone number of the Lagos State Police Public Relations Officer, SP Benjamin Hundeyin said the number was not reachable. Although a text message sent to him indicated that it was delivered, the police spokesperson did not immediately respond to the message.