The suspect was arrested following a distress call received by policemen at Agbado divisional headquarters. 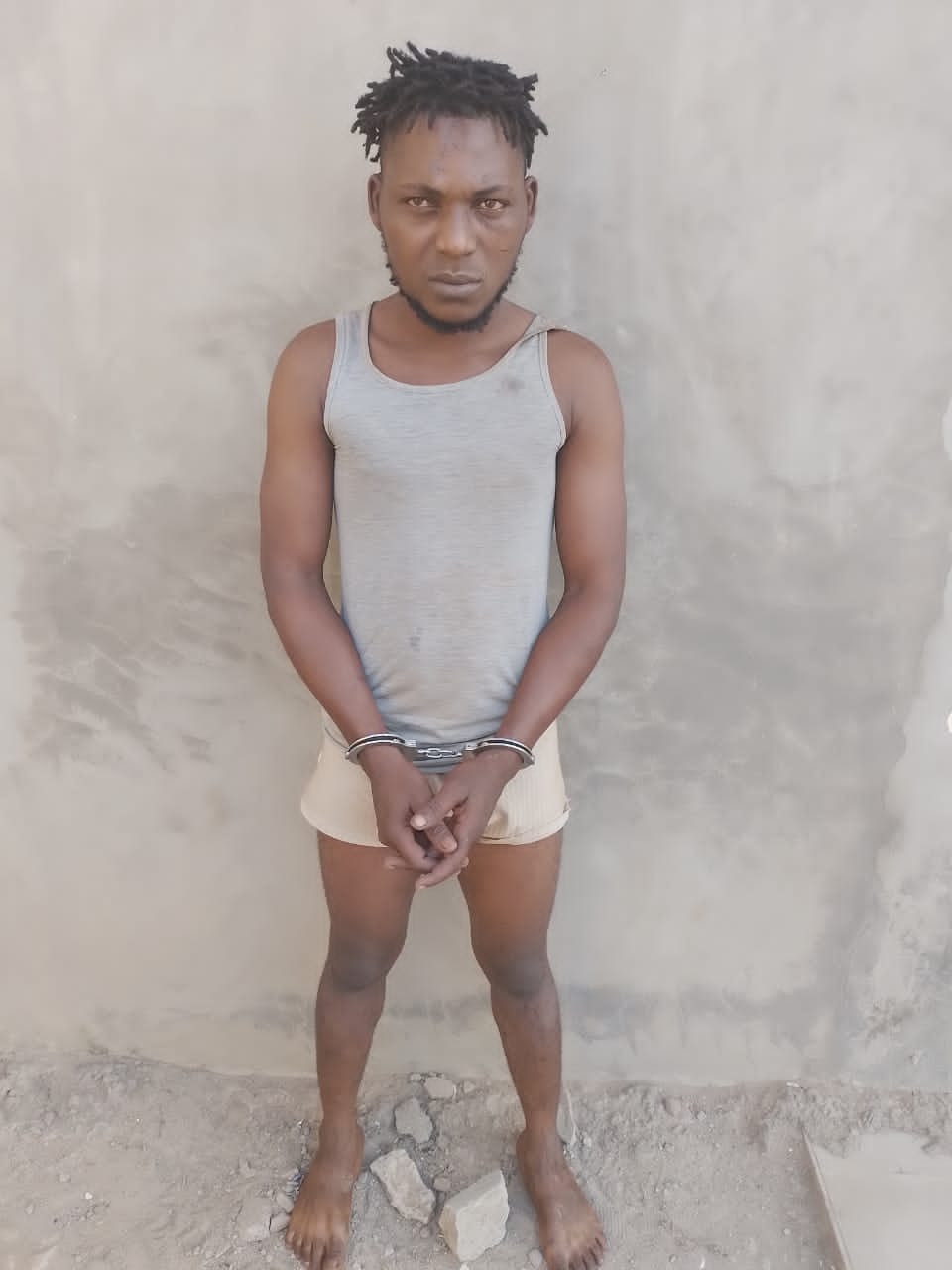 Men of the Ogun State Police Command have arrested a 28-year-old armed robber identified as Moses Ayomide.
The criminal was arrested on Sunday, December 11 for the alleged armed robbery and killing of one Qudus Popoola.
The suspect was arrested following a distress call received by policemen at Agbado divisional headquarters, that armed robbers were operating at Fadahunsi Ijoko area of Agbado, in Ifo local government area of Ogun state.
Upon the distress call, the DPO Agbado division, SP Awoniyi Adekunle, quickly led his men to the scene where it was discovered that while the armed robbers were escaping after robbing one Bashirat Anibire, a POS operator of her bag containing the cash sum of #400,000 and her itel phone, the robbers shot and killed one 25 years old Qudus Popoola, and also injured one Faleye Oluwaseun.
The robbers were hotly chased, and with the help of youths in the area, one of them Moses Ayomide was apprehended, while others escaped.
The injured victim was rushed to hospital for medical attention while corpse of the deceased was released to the family on request that they need to bury him in accordance with their religious belief.
Preliminary investigation revealed that the robbers who are three in number came on a motorcycle without a light at about 7pm and attacked Bashirat Anibire who was just closing from her POS shop.
The victim managed to escape from the robbers but while running away with her seven years old son, the robbers got hold of the son which made the woman to run back in order to save her son.
It was in the process that the robbers were able to snatch her bag and the phone.
The shout for help from the woman attracted the youths of the area who started pursuing the robbers while a distress call was also made to the police. It was in their bid to escape from the scene that the deceased and one other were shot by the robbers.
Confirming the incident, the spokesperson of the state police command, SP Abimbola Oyeyemi, said the state Commissioner of Police, CP Lanre Bankole, has ordered the immediate transfer of the suspect to the State Criminal Investigation Departments for discreet investigation.
The Commissioner also sent a condolence message to the family of the deceased and assured them that the Command will do everything possible to apprehend the escaped members of the gang.
Top Stories