The shamed educator discussed X-rated acts with the kid in the shared document and also uploaded a picture of her bare breasts, investigators said. 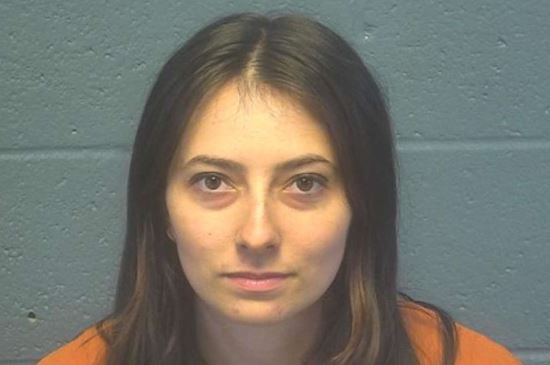 Sarah Hull-Degroat, a 23-year-old UK teacher has been forced to resign.

She resign after she was accused of uploading n*de pictures to a Google Doc that she shared with a 15-year-old student.

The shamed educator discussed X-rated acts with the kid in the shared document and also uploaded a picture of her bare breasts, investigators said.

A probable cause affidavit filed yesterday (Monday, December 12) showed the pair had been chatting since at least October 2022.

It claimed that the Google Doc essentially allowed each party to communicate in written form within a shared document between the two of them.

"The content of their recent communication is sexual in nature and describes sexual acts they hope to experience with each other."

Following Hull-Degroat’s resignation, the Deer Creek Board of Education said it will discuss the matter further at its next meeting in January.

Officials at the school also demanded that the Oklahoma State Department of Education take away her teaching certificate.

They confirmed they had told parents at the school about the alleged explicit saga, that they initially discovered through their school systems.

Deer Creek Superintendent Dr. Jason Perez was quoted in local media saying: "I've got children too. And it's my responsibility as a parent to make sure I'm aware of their usage on social media.

“It's very scary out there. People have lots of different ways to be able to get to children, and it's not a safe world for them to be treading alone."

Hull-Degroat was taken into the Oklahoma County Detention Center on the charge of facilitating sexual conduct with a minor, with bond set at $50,000 (£40,000).

The district says it will carry on working closely with the Oklahoma County Sheriff's Office as the investigation into the allegations continues.