In a post she shared on social media this afternoon, Tonto stated that no one can shame her from talking about her experience. 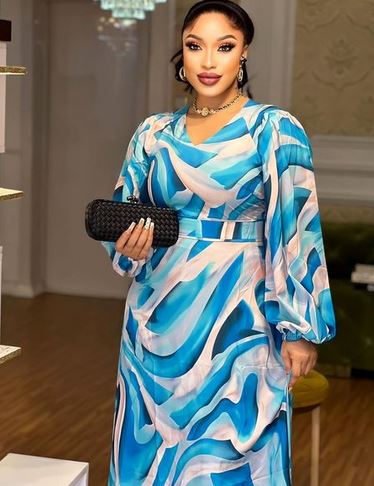 Recall that on Monday, December 12, Tonto had taken to Instagram, to claim she fed Churchill and his mother and that all those who laughed at her when she made the revelation are now suffering the same fate.

After she shared the post, some people left comments on her page asking her to move on since it's been years since they went their separate ways.

Churchill's cousin, Gbemi, also called out Tonto and asking why she won't move on.

In a post she shared on social media this afternoon, Tonto stated that no one can shame her from ''speaking my story''.

She stated that no one can teach her how to tell her story and also no one can tell a woman to move on from a man she dumped.

She ended by saying ''Everyone is wiser when it is not their story''.

Read their story below; 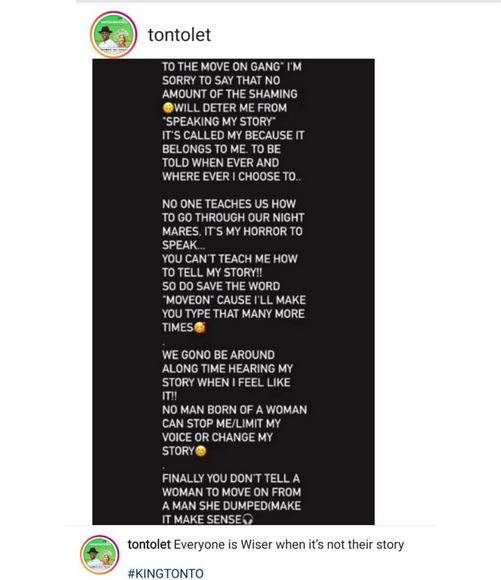