The riots were extended to the Belgian capital, Brussels where the police arrested some 100 people from Wednesday night till the early hours of Thursday. 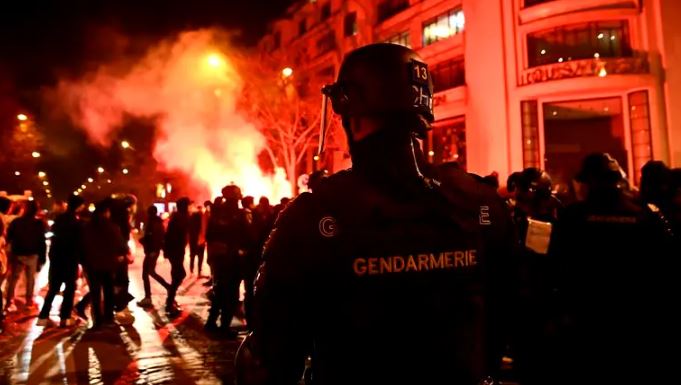 In what will come across as a really shocking development, a 14-year-old  has been killed during riots that broke out last night in the French cities of Paris, Nice and Montpellier.

The riots broke out when Moroccans protested their country’s 2-0 loss to France at the FIFA World Cup semifinal match in Qatar.

Reports revealed that Morocco fans were trying to pull off a France flag from a car driven by a French man, and the driver in question performed a sudden U-turn and sped away ramming into the teenager.

Daily Mail reported that the boy who sustained several injuries was rushed to the hospital but died afterwards.

The riots were extended to the Belgian capital, Brussels where the police arrested some 100 people from Wednesday night till the early hours of Thursday.

In France, the police dispersed crowds of Morocco fans who were setting off fireworks near the Arc de Triomphe in Paris and had to use tear gas to dispel mobs who set off firecrackers in the city of Nice in southern France.

About 170 football fans were arrested across France, including around 40 people aligned with far-right groups who were caught carrying illegal weapons.

The football world especially Africa has been celebrating the Atlas Lions of Morocco for their sterling outing at the World Cup tourney having beaten Canada, Belgium, Spain, and Portugal to emerge as the first African side to reach the semifinals.

They, however, fell to a better side, France who outclassed them on Wednesday as Theo Hernandez and Randal Kolo Muani scored in 5 and 79 minutes respectively.

France, the defending champions will play Argentina at 80,000 capacity Lusail Stadium for the final on Sunday.

BREAKING: One Dies, Another Injured In Soldiers Shootout In Ibadan
Popular Stories