Blasphemy: Things To Know About Kano Cleric Sentenced To Death By Hanging


The court had earlier convicted the embattled cleric after finding him guilty of charges of blasphemy levelled against him. 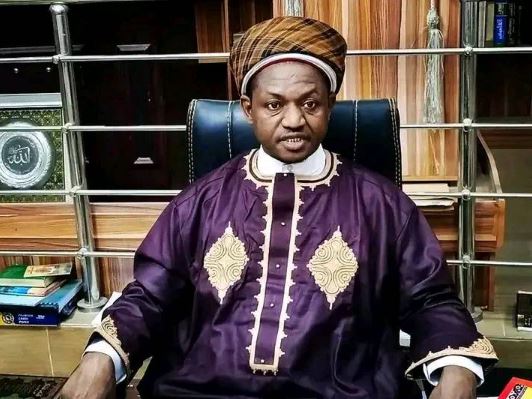 Abduljabbar Nasiru Kabara, a controversial Islamic cleric, has been sentenced to death by hanging by an Upper Sharia Court in Kano.

The court had earlier convicted the embattled cleric after finding him guilty of charges of blasphemy levelled against him.

Daily Trust highlights some of the things you may not know about the embattled cleric.

Abduljabbar Nasiru Kabara is a 52-year-old Islamic cleric and a prominent scholar of the Qadiriyya Islamic sect, in Kano, Nigeria, who was accused of blasphemy towards Prophet Muhammad (PBUH).

He is the son of Sheikh Nasiru Kabara, a former leader of the Qadiriyya sect of West Africa, and a younger brother of Karibullah Nasiru Kabara, the successor of their late father.

He attended ATC Gwale in Kano, before moving to Iraq to advance his studies in Islamic theology, though he always said he obtained most of his education from his father for almost 25 years of his life.

Abduljabbar was well known as a Qadiriyya follower and a Sunni scholar by Muslims communities in Nigeria, following the footsteps of his father.

But in 2020 during an interview with the BBC, he expressed his inclination as a Shia sect adherent, saying: “After a thoroughly long time research which I have made by myself, I realized that Shi’a has more scriptural evidence over Sunni,” adding that, “I will not bother myself if you call me a Shi’a, but I’ll be concerned with calling me a Sunni.”

Abduljabbar was accused several times of blasphemy towards Prophet Muhammad and some of the companions of the Prophet through his teachings and public utterances.

According to Abduljabbar, some hadiths (teachings of Prophet Muhammed) narrated by some prominent Islamic scholars such as Anas Ibn Malik, Bukhari and Muslim are in accusations towards Muhammad, which he (Abduljabbar), referring to them as either false or inaccurate.

Abduljabbar was held captive by Kano State Government after the Kano State Islamic scholars from Izala, Salafiyya, Tijaniyyah and Qadiriyya sects reported him to the state government.

The Kano state government led by Governor Abdullahi Umar Ganduje decided to intervene in the matter by organizing a debate between Abduljabbar and his accusers, so he could get a chance to present his scriptural justification for what he preached.

On July 10, 2021, the government of Kano State officially organized the debate between him and four other Islamic scholars as representatives of Izala, Salafiyya, Tijjaniyya and Qadiriyya respectively.

The debate was chaired by Professor Salisu Shehu from Bayero University Kano, and supervised by the Kano State Ministry for Religious Affairs.

After the debate was concluded, the chairman of the debate, Professor Shehu declared that Abduljabbar did not answer a single question asked by the other scholars.

He said, “Abduljabbar dodged questions by giving irrelevant information or saying there’s no time to make references from the over five hundred books he brought to the debate, although he has assistants to his aid, while the other scholars have given references and answers to Abduljabbar’s questions directly.”

On July 17, 2021, Abduljabbar was remanded in custody over pending allegation of blasphemy towards the Prophet.