She said they both went on vacation and returned on a Thursday, but he tied the knot with another woman on Saturday. 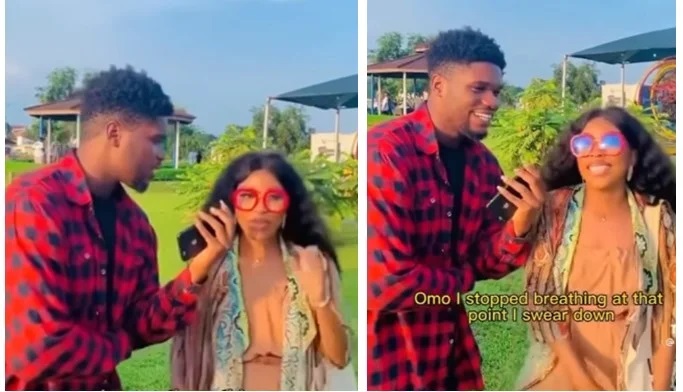 A young lady has shared her shocking relationship story.
According to the lady, she went on vacation with her man and returned on a Thursday, only for the man to tie the knot with another woman on Saturday.
The lady revealed that they had been dating for a year and it was not as if they broke up before his marriage.
She revealed that she found out when someone posted her boyfriend’s wedding card on Facebook and tagged him.
Watch her speak below: