Muhammad Aliyu, Sokoto state MURIC chairman, in a statement on Saturday, said the position of the law on blasphemy was affirmed by the supreme court. 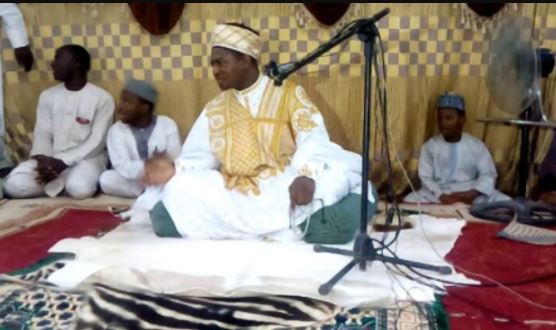 The Muslim Rights Concern (MURIC) has reacted to the death sentence passed on a Nigerian cleric.

MURIC commended the upper Sharia court in Kano for sentencing the cleric to death for committing blasphemy against Prophet Muhammad (peace be upon him).

Muhammad Aliyu, Sokoto state MURIC chairman, in a statement on Saturday, said the position of the law on blasphemy was affirmed by the supreme court.

“MURIC Sokoto chapter commends the Upper Sharia Court in Kano which sentenced Abduljabbar Nasiru Kabara to death by hanging for his many blasphemous utterances,” the statement reads.

“It is instructive to note that the judgement as well as the consequential orders given by the court after sentencing him to death directed the Kano State government to seize his two mosques and ordered all media houses to desist from using any of Abduljabbar’s teachings and pictures.

“It is a well-known principle of law that under the Shari’a, death sentence awaits anybody who insults, defames or brings disrepute to the Prophet of Islam Muhammad (Peace and Blessing of Allah be Upon Him).

“This position of law was affirmed by the Supreme Court of Nigeria in the case of Kaza v. State [2008] 7 NWLR (Pt. 1085) 125, ratio 15, where it says thus: Under Sharia, any sane and adult Muslim who insults, defames or utters words or does acts which are capable of bringing into disrepute, odium or contempt the person of the Holy Prophet Muhammad (SAW), such a person has committed a serious crime which is punishable by death.

“The people of Kano also deserve to be commended for not taking the law into their hands when the incident happened. Rather they allowed the government to take action in accordance with the teaching of Islam.

“Finally, we urge Muslims to always allow the law to take its course, whenever, an issue of such nature arises without taking the law into their hands. May the peace and blessings of Allah continue to be upon the noble prophet Muhammad (SAW).”