The police spokesperson said the suspects were arrested in a vehicle on Thursday by operatives attached to the Ekpan division in Uvwie LGA. 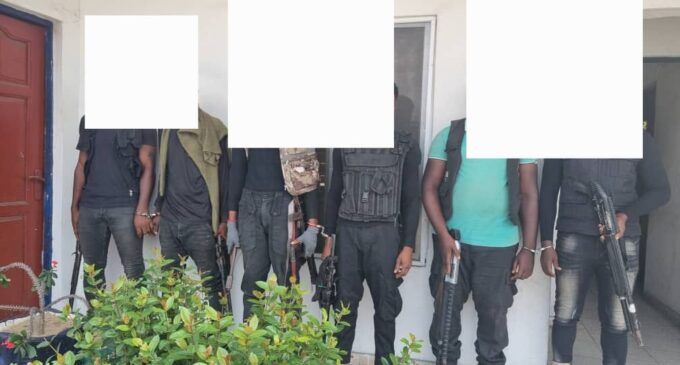 As many as six suspected kidnappers have been arrested by the Delta police command in the Uvwie LGA of the state.

Bright Edafe, Delta police spokesperson, announced the development in a statement on Saturday.

The police spokesperson said the suspects were arrested in a vehicle on Thursday by operatives attached to the Ekpan division in Uvwie LGA.

The police spokesperson said the suspects could not give a reasonable account of themselves, adding that they were taken into police custody for further interrogation.

Edafe said investigation revealed that the suspects were kidnappers operating under the guise of being members of a hunter group from Ovwian Aladja community in Udu LGA of the state.

“They sneaked into Ekpan community in a Sienna vehicle, robbed, and kidnapped unsuspecting victims and ran to hibernate in Ovwian Aladja,” he said.

“Following these findings on Friday, the DPO invited three victims, all of whom were at various times victims of armed robbery and kidnappings in the area.

“The suspects were placed on identification parade, while the victims identified them as the syndicate that robbed and kidnapped them.”

Edafe added that investigation into the development is ongoing.