The post was the first social media post Davido had made since the death of his son, Ifeanyi in October. 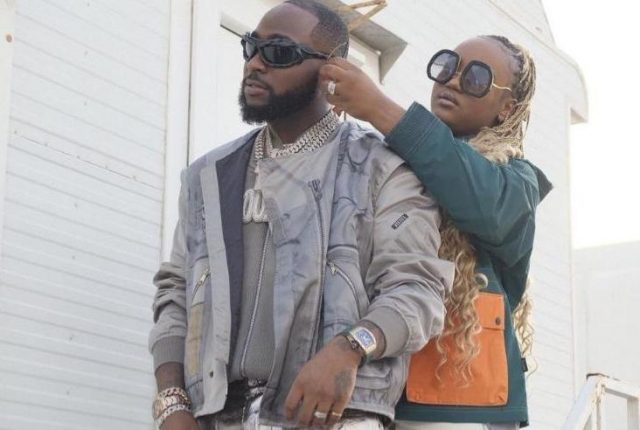 Nigerian music star David Adeleke aka Davido has made history on Instagram after photos he shared with his fiancee, Chioma became the most liked on Instagram in Nigeria.
The photos have amassed a staggering 1.7 million likes on the social media app.
Davido performed at the closing ceremony of the 2022 FIFA World Cup in Qatar on Sunday, and prior to his performance the award-winning star shared pictures on Instagram with Chioma, who was seen dressing her man ahead of his performance.
The post was the first social media post Davido had made since the death of his son, Ifeanyi in October.
The lovebirds had stayed off social media since the incident and at his return Nigerians and fans all over the world, in their millions, rushed to like their pictures.
Davido performed at the world stage alongside other artists from around the world – Aisha, Ozun and GIMS.
Davido and Aisha performed “Better Together,” while Ozuna and GIMS sang “Arhbo.”
After his performance on Sunday night, excited Nigerians took to social media to express their love and support and hail the music star for a beautiful performance at the world stage, many saying Davido made Nigeria proud.
Music producer, Samklef, popular disc jockey, DJ Neptune, were among the many Nigerians who hailed Davido.
Samklef couldn’t hide his excitement as he tweeted a video from the performance where he said, “OBO, our king is back.”
While DJ Neptune tweeted “#davido, we are so happy to see and watch you perform.”
Chinese billionaire, Stephen Hung, was the first to reveal the exciting news that Davido would perform at the closing ceremony of the 2022 FIFA World Cup last week.
The development came as a cheerful news for many Nigerians and fans of the music icon in many parts of the world.
Hung, who shared the news via his Instagram story wrote, “So happy my bro #davido confirmed he will be performing at the World Cup Qatar closing ceremony. Can’t wait to see him there.”
See the photos below: