The fan took to Twitter to express his hurt and disappointment following the recent breakup of another veteran comedian, Bright Okpocha better known as Basketmouth and his wife, Elsie. 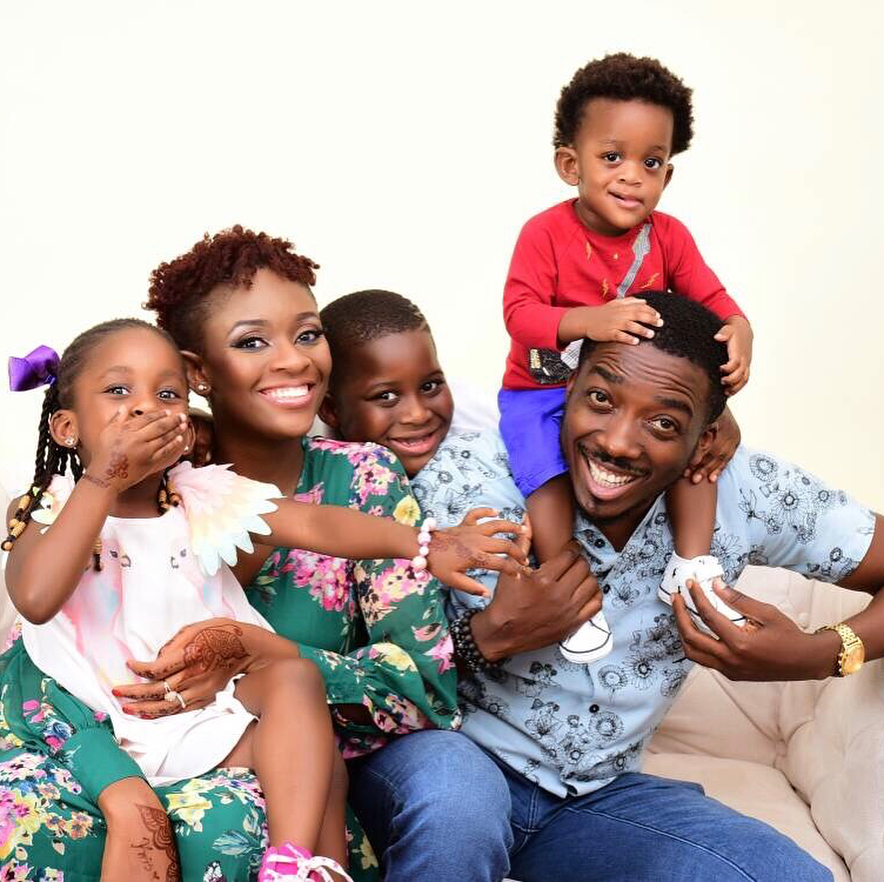 Nigerian stand-up comedian, Bovi Ugboma has reacted after a social media user said he's looking up to the comedian's marriage not to crash.
This comes after veteran comedian, Bright Okpocha aka Basketmouth and his wife, Elsie announced the crash of their marriage.
The Twitter user who was shocked reacted to the crash of Basketmouth's marriage saying he is now looking up to his faves, whose marriages are still standing strong, naming Bovi, Ayo Makun and Obi Cubana
In the tweet which he wrote in a mix of English and Pidgin English, the fan said, “Since Basketmouth don break my heart, I am left with Bovi, AY and Obi Cubana to look up too. May God bless our marriages. Amen.”
A livid Bovi responding to the fan said, “Go look your papa marriage guy.” 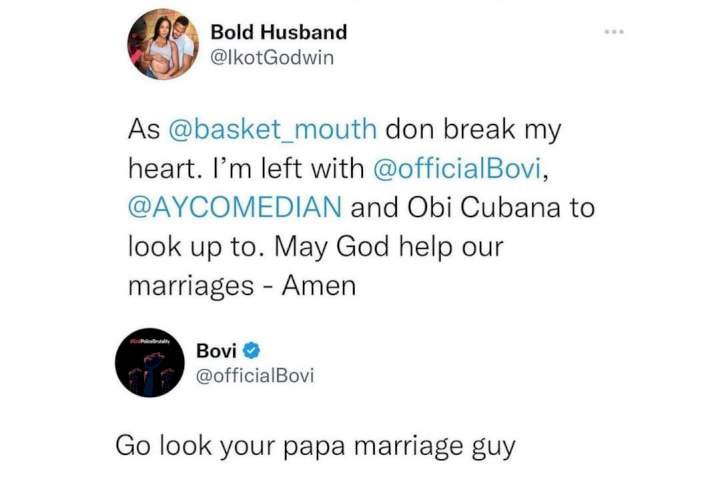 Recall that Basketmouth had on Thursday taken to social media to announce that his marriage had ended after 12 years of being together with wife, Elsie.
He wrote, “As much as it pains me to bring my personal life to the public space, this is an unavoidable situation. After much deliberations, my wife and I have made the difficult decision to end our marriage.
“As we move forward separately, we will continue to work together to give our beautiful children all the care, love, guidance and support they need.
“We humbly ask that you respect our privacy as we navigate through these times. Thank you,” he added.
The news took many by surprise.
Top Stories