According to the PPRO, four AK-47 rifles, 344 rounds of 7.62mm live ammunition, 10 telephone handsets, one operational motorcycle and charms were recovered from the suspect. 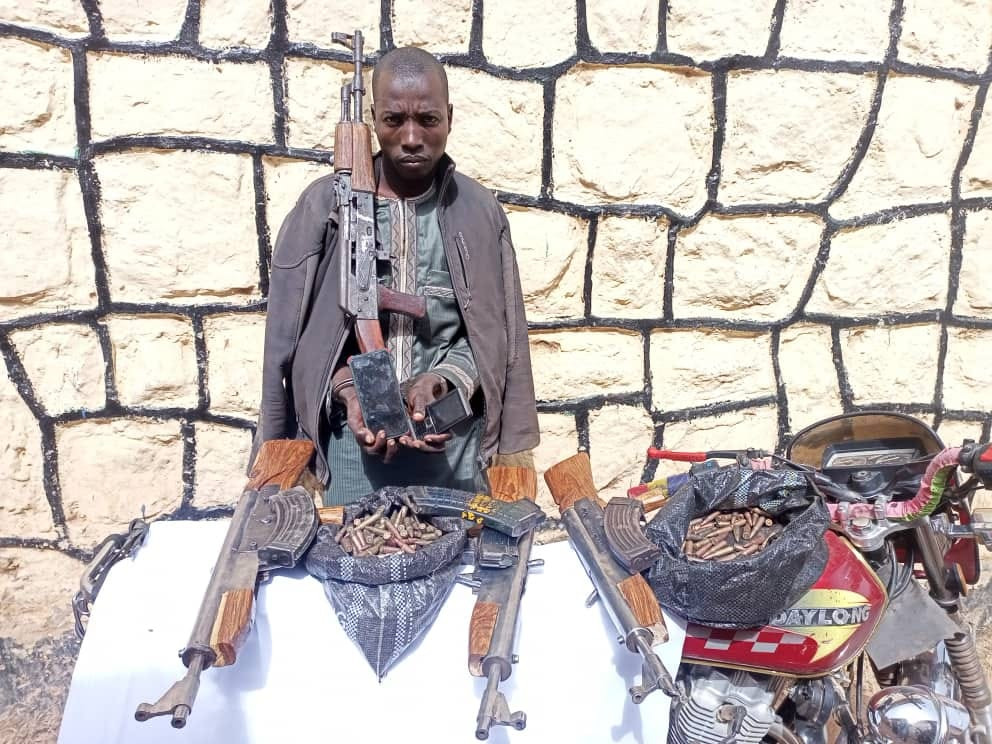 A notorious bandit has been arrested in Kaduna.
Operatives of the Kaduna State Police Command arrested the terrorist who is also a gunrunner while on patrol along Kwarkwaron Manu, Basawa area of Zaria.
Spokesman of the command, DSP Mohammad Jalige, who disclosed this in a statement on Sunday, December 25, identified the suspect as Bilyaminu Saidu of Shuwaki village, Bakori LGA of Katsina State.
According to the PPRO, four AK-47 rifles, 344 rounds of 7.62mm live ammunition, 10 telephone handsets, one operational motorcycle and charms were recovered from the suspect.
"The renewed vigor and commitment of Officers and Men of the Command in ensuring total compliance with the directive for domination of public space during the festive period and beyond has started yielding positive results," the statement read.
"On 23rd December, 2022 at about 1730hrs, operatives attached to Tudun Wada Zaria while on surveillance patrol at Kwarkwaron Manu, Basawa area of Zaria metropolitan intercepted two men on an unregistered motorcycle with bags concealed in a suspicious manner on the motorcycle. On being flagged down for search, the motorcycle passenger jumped down and fled, thereby heightening the suspicion of the eagle eyed operatives.
"The motorcycle and the rider who gave him his identity as one Bilyaminu Saidu ‘m’ aged 33 years of Shuwaki village, Bakori LGA of Katsina State were immediately subjected to a thorough search which led to the recovery of the following items inside the bags (1) Four (4) AK47 rifles, (2) Three hundred and forty four (344) rounds of 7.62mm live ammunition, (3) Ten (10) Telephone handsets and (4) Charms.
"The arrested suspect has accordingly been taken into custody and preliminary investigation has revealed he and his fleeing accomplice were on a nefarious mission to supply his gang with the offensive weapons.
"The Commissioner of Police, Kaduna State Command CP Y.A Ayoku psc(+), mni, has ordered for a thorough and comprehensive investigation to unearth the source and destination of the illicit arms and the arrest of the suspect’s criminal cohorts.
"The CP further assured members of the public that the command will be unwavering in its commitment to ensuring public safety and security in line with the operational guidelines handed down by the Inspector General of Police IGP Usman Alkali Baba psc(+), NPM, NEAPS, fdc, CFR.
"The Commissioner of Police further enlisted the support and cooperation of all and sundry to the Police and other security agencies as security provision remains a shared responsibility." 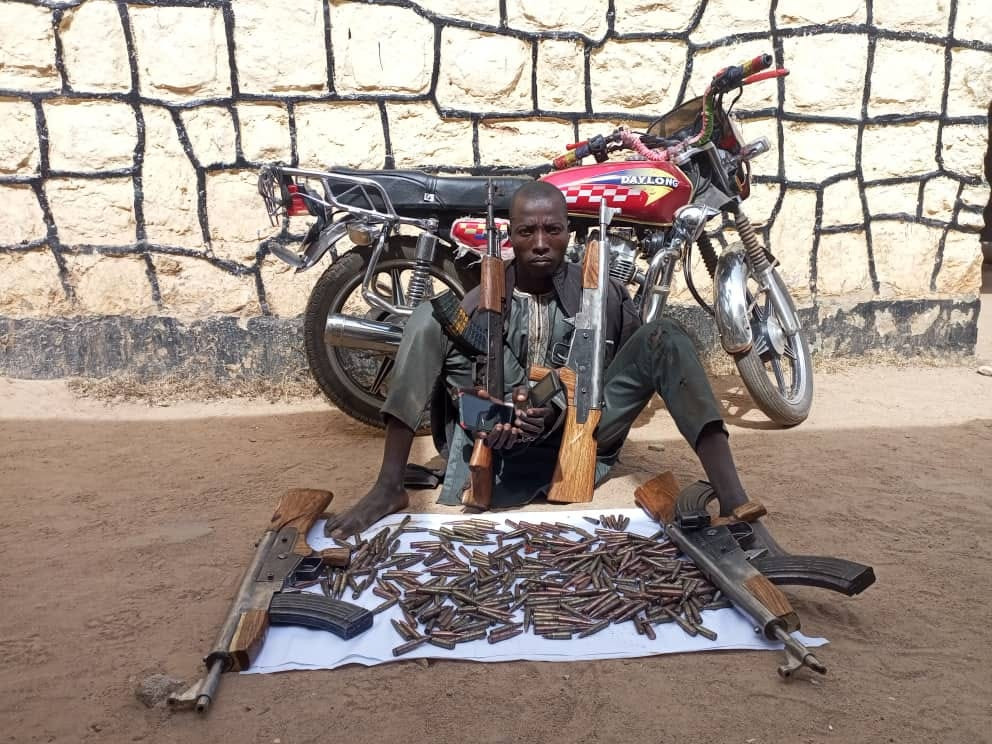