How Olamide's Prodigy, Asake Destroyed The Nigerian Music Industry In 2022 - By Alexander Ubani


2022 is unarguably Asake’s best year so far with over eight of his songs topping charts and becoming mega hits. 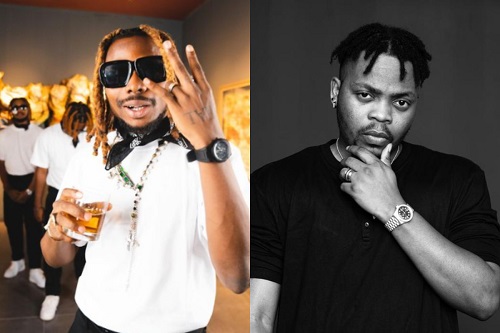 Multi-award winning rapper, Olamide can boast of 2022 as a year of happy returns, thanks to his rambunctious prodigy and signee, Asake who stormed the Nigerian music scene and owned it like a king. In a year with greats like Burna Boy, Wizkid, Davido, Kizz Daniel, Rema, Tems all competing to win hearts of millions of music fans in the country, Asake proved his mettle.

2022 is unarguably Asake’s best year so far with over eight of his songs topping charts and becoming mega hits. The Theatre Arts graduate effortlessly birthed hit songs after hit songs and sold out shows in minutes. From Omo ope to Organise, Trabaye, Terminator, Joha and Sungba, the list continues.

His debut album ‘Mr Money With The Vibe’ is still making waves locally and internationally. Tracks from the album have since become mega hit songs and street jams topping charts and breaking records.

But, how was Asake able to perform this magic in just a short period of time? Why are his songs on everyone’s lips?

Asake was little unknown before signing for Olamide. The singer had in a chat with HipTv, said that he begged Olamide for 2 years before he agreed to sign him.

His meteoric rise to fame came just months after signing for Olamide in February of 2022. Apart from releasing a critically acclaimed eponymous four-track EP in February, he also released his debut studio album, Mr. Money with the Vibe on 7 September 2022 through Empire Distribution. The 12-track album gave the singer the ultimate break that propelled him to the zenith of the Nigerian music industry.

Asake’s brand of music is his only trick. Like his mentor Olamide, Asake is loved for delivering most of his lines in Yoruba language. His vocal dexterity, infusion of street slangs and a concoction of dialectical jargons has seen him sing his way into the hearts of millions of people.

Working with Kareem Olasunkami Temitayo aka Magicsticks, one of the best producers in the industry played to Asake’s advantage as he has found a way to squeeze out the best from a mixture of Amapiano and local beats. The beats of his songs are soulful, soothing and irresistible that you are bound to lose yourself in it. His music videos are catchy, with spectacular deliveries and vocals tuned with finesse and brevity. Checkout Sungba remix featuring Burna Boy and also the street banger, Terminator.

Many people are jamming to Asake’s songs because he sings for the street especially in a language many of them are familiar with whether educated or not. Many see him as the embodiment of the Yoruba culture.

His songs are appealing to a large number of youths. What he sings about plays a major role in his rapid rise to fame. In his songs, he talks about God, religion and appreciates the creator for his good fortune. He also sings about his journey into music and the hurdles he scaled to become famous. His choruses and chants in Yoruba gives a distinct aura about him.

Kudos must go to Olamide. The veteran since signing Asake has given him the best in terms of publicity. Olamide’s affiliation with Empire music gave Asake the needed lift to take the international stage by storm. Asake's last London show was a mega hit with fans eager to gain entrance, although it had a sour taste at the end. His fanbase has grown worldwide that’s why he's able to sell out foreign shows in a matter of minutes. The choice of people to collaborate with also helped up his appeal. Sungba remix with Burna Boy was strategic and came out at the right time.

It has been a hat-trick of hardwork, uniqueness and grace for this singer who is on his way to becoming the artiste of the year without a challenge.