The clergyman disclosed that he has been tempted many times but has never cheated. 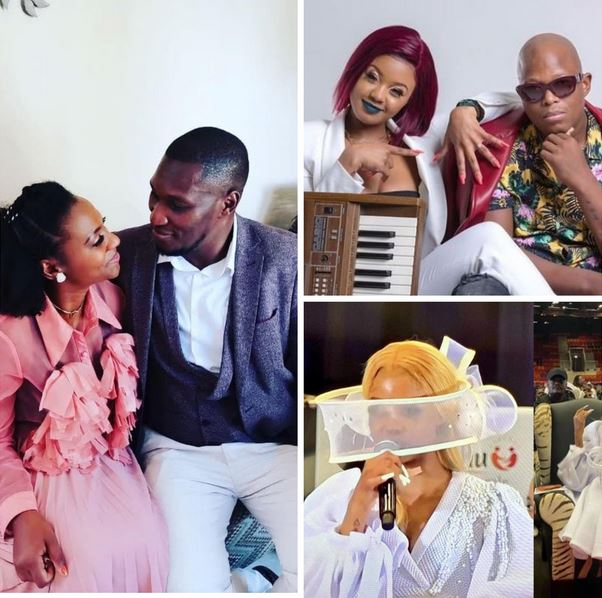 A South Africa Pastor identified as Mthetheleli Jakavula has taken a swipe at choreographer, Babes Wodumo for saying that all men cheat.

Wodumo had stated this during the funeral of her husband, popular musician, Mandla “Mampintsha” Maphumulo, who died on Christmas Eve, December 24, after suffering a stroke.

Addressing hundreds of mourners in Durban’s Inkosi Albert Luthuli International Convention Centre, last Friday, she paid tribute to her husband and told his mother she “forgives” her.

Babes Wodumo then spoke about her husband and his influence on her life during the burial, which was attended by numerous members of the entertainment business.

She claimed that her husband refused to give her his phone pin while he was still alive, and he passed away without her being aware of it.

She continued by saying that she was aware that he had been having an extramarital affairs and that all men cheat and act foolishly.

Reacting to Babe's speech at the funeral, Pastor Mththeleli said that he has never cheated on his wife in nine years of their marriage.

"Babes wodumo made a very presumptuous, erroneous, nonsensical and dangerous statement. I saw the majority at the funeral explauding absolute baloney over a vain statement when she said: "There's no man who doesn't cheat". Her experiences with her late husband are not authoritative and unequivocally not the barometer," he wrote.

"We resist misinformation and demonic propaganda that seeks to sell the agenda of the enemy. There are men who don't cheat because the Lord is keeping them blameless, God is faithful." 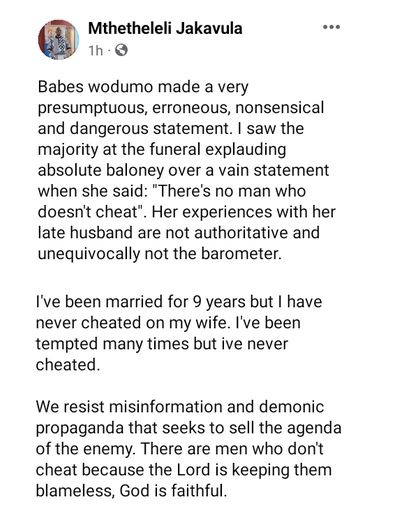